Democrats' Perception of Economy Does Not Align With Reality, Poll Finds

Democrats’ view of the economy appears to be inversely correlated with the actual performance of the economy, according to recent polling.

When asked by Civiqs polling “How would you rate the condition of the national economy right now?” 86% of Democrats responded either “fairly bad” or “very bad” just a few days before President Biden took office. That number dropped to 66% by mid-February. By April, most Democrats rated the condition of the economy as either “fairly good” or “very good.” 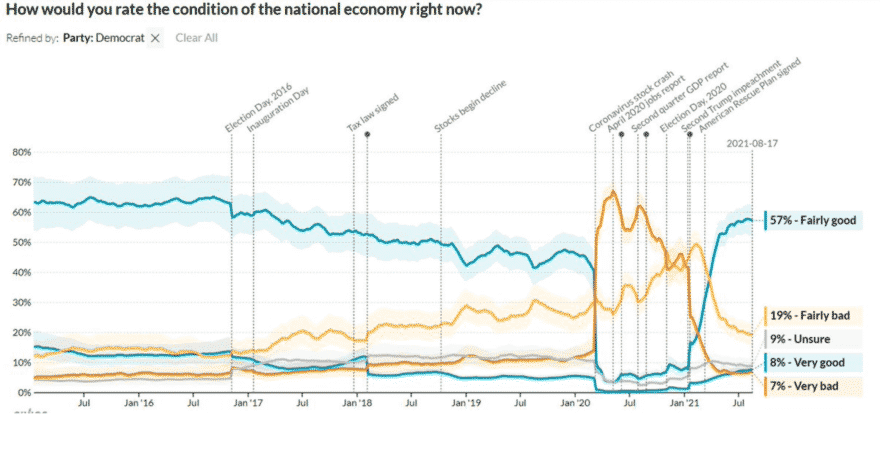 The percentage of Democrats who rated the condition of the economy positively consistently increased from the beginning of January until May when it began tapering off. In January, the economic recovery from the pandemic began to slow and even reverse.

According to Bureau of Labor Statistics, in December 2020, real average hourly earnings had risen 4.2% from the previous year. That number decreased to 3.8% in January 2021 and continued to decrease the following months. In February, March, April, and May, the year-over-year rates declined to 3.4%, 1.6%, -1.7%, and -2.6% respectively.

Additionally, April 2021 was the first month that unemployment did not decrease since its peak in April 2020 as the Biden economy added back almost 750,000 jobs less than economists expected.

Forbes reported, “The United States added 266,000 jobs in April, according to data released by the Labor Department Friday — much worse than the 1 million job gains economists expected and far fewer than the 916,000 jobs added in March, indicating that the long-tepid labor market recovery is slowing down again even as stocks and corporate earnings rip higher.” 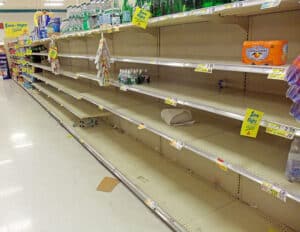 Staple Food Items In Short Supply in the U.S.