A new report analyzing U.S. crime data has found that the vast majority of violent crime sweeping the nation has happened in cities controlled by Democrats.

The Heritage Foundation’s report “The Blue City Murder Problem” concludes that progressive “soft-on-crime policies” are wreaking havoc across the nation, that “high-crime counties are governed largely by Democrats, driving up the crime rates in their otherwise red states,” and that reducing rates requires local jurisdictions to abandon “their pro-criminal, anti-victim policies.”

For roughly three decades, violent crime rates across the U.S. have steadily declined. However, since 2019, the U.S. has started to see a surge in crime, including homicides.

In the spring of 2022, as Heritage notes, a progressive organization called The Third Way published a study blaming Republicans for the spike in crime rates. Their 15-page report was called “The Red State Murder Problem” and was covered by dozens of left-leaning news outlets.

Heritage says that most crime is localized, meaning the murder rate in a given state is “largely a function of the large number of murders in a state’s biggest city or cities.”

Researchers for Heritage wrote, “When you remove the crime-infested, homicide-riddled cities from the state murder rate featured in the Third Way study, you dramatically lower the murder rate for that state, upending their conclusions and exposing the piece for what it really is: a straightforward attempt at political projection dressed up as a ‘study.’”

An analysis of the 30 U.S. cities with the highest homicide rates found that 27 have Democrat mayors. Only two have Republican mayors and one city has an mayor registered as Independent.

The report also shows that within those cities, there are at least 14 prosecutors backed by controversial Democrat-donor George Soros. Of the 2,554 homicides in those cities between January and June 2022, 1,752 (68 percent) occurred in cities with a Soros-funded district attorney.

Crime was ranked as the third most important issue for voters likely to cast a ballot in the midterm elections, according to a recent Gallup poll, with 71 percent saying it is either “extremely important” or “very important”. 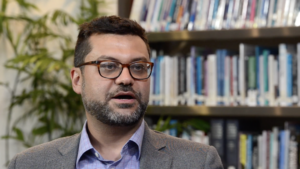