The Green Party has been blocked from appearing on the 2022 ballot in North Carolina, exposing tensions between established political entities and third parties.

The state Board of Elections and the national Democratic Party are now being accused of unfairly working to prevent the Green Party from participating in the election despite its compliance with state procedures.

Matthew Hoh is currently running as the Green Party’s senatorial candidate. As a socialist who says he is “aligned with the principles and values” of the party, he advocates for a multiparty democracy.

“I believe the two-party system is beholden to money and it’s corrupt and it’s undemocratic and it’s harmful,” Hoh said during an interview with Timcast.

The United States Marine Corps veteran joined the party in 2020 and said he is motivated to hold the American government accountable for its involvement in wars overseas, for economic injustices that have “ruined the working class,” and for inaction on climate issues.

The Green Party was recognized as an official political party by the North Carolina government in 2018.

The Green Party lost its recognized status in 2021 when it did not secure 2% of the vote for its presidential or gubernatorial candidate. Hoh and his campaign had to secure the required 13,865 signatures to get on the 2022 ballot.

The party attended a variety of events across the state, ranging from hemp festivals to small-town block parties, and ultimately collected 22,500 signatures from 96 of the state’s 100 counties. In total, 15,953 were verified by local election boards and then submitted to the state’s election authorities before its June 1 deadline.

“The rule of thumb across the country is that for every four signatures you collect, only three are going to count. One’s going to get thrown out for a variety of different reasons,” Hoh said. He noted that during the months his party spent petitioning, a complaint of any kind was never filed against them.

After the verified signatures were submitted, the North Carolina Board of Election had 30 days to review the Green Party’s petition and approve its candidates for the ballot.

Once the board grants certification, a political party has until July 1 to hold a nominating convention to formally select its candidates who have to register with the state as members of that party and file for office.

The board held its certification hearing on June 30th – 24 hours before that last deadline. Hoh said that at the hearing, the board announced it had found 200 of the unverified signatures to be fraudulent and that, without more time to investigate the matter before the deadline, it had to reject the Green Party from the ballot.

The board’s two Republican members voted against excluding the Green Party from the ticket. All three Democrats voted in favor of the measure.

He compared the board’s actions to arguments made by Rudy Guiliani and other prominent Republican figures after the 2020 election because the board never presented evidence that proved that the over 15,900 verified signatures were in some way fraudulent.

“This can be done to anybody,” Hoh said. 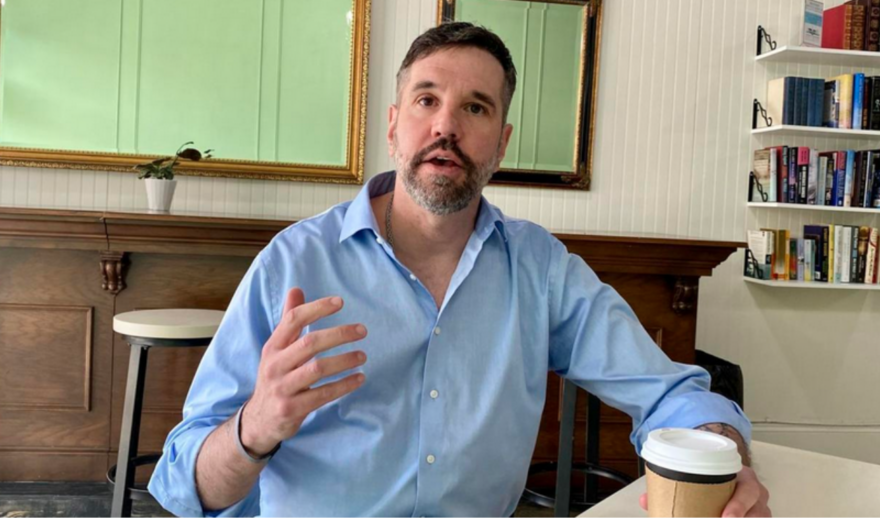 The senatorial candidate says that if he was part of the conservative political group, he believes the Republican members of the election board would have voted against the certification and that Democrats would have supported him.

The timing of the meeting was an indication that “this was always going to be done in bad faith” to Hoh.

“Even if they had certified us, they were giving us less than a day to get everything else done,” Hoh said. He does commend the professionalism of the staff at the state board of election and notes that the problem lies with the political officials on the board.

“The people who are on the state board of elections, both the Democrats and the Republicans, are there not because they are election law specialists or because they are so passionate about democracy. They might be, I don’t know,” Hoh said. “But the real reason they are there is because of their loyalty to their parties. … They can be trusted to do what is right for the party.”

Hoh said that the Green Party is intentionally being kept off the North Carolina ballot through a coordinated effort between the Democratic Party and its supporting entity.

Hoh alleges the Elias Law Group, a prominent Democratic law firm, led an effort to convince voters who signed the Green Party’s petition to pull their support, often falsely identifying themselves on calls and text messages as part of the Green Party or the State Board of Elections.

“They were deliberately misleading people, lying to them, in a calculated manner in order to confuse people, scare people, harass people into removing their signatures from the petition,” according to Hoh, who said voters reached out to the party in June to ask for clarification.

Hoh himself received a text message asking him about removing his name from the petition.

The North Carolina Green Party is currently weighing how to proceed. Hoh would not confirm whether to not the group plans to take legal action against the Board of Elections.

He said what he has experienced makes him want to fight harder because the issues at play are of national significance.

“This is a good fight to have,” he repeated. “I think it will be a fight that strengthens third parties as well as brings more people to us and then further weakens whatever very little foundation the Democrats and Republicans have right now.”

“What the Democrats are afraid of is that for decades they have been paying lip service to working-class people. And their attitude primarily is ‘Be happy with the crumbs that we are giving you because the Republicans won’t give you any,’” Hoh said. “They are really afraid of working-class and middle-class people having an option that is for them rather than what the Democrats and Republicans represent which is really just fealty to corporations, banks, and the wealthy.”

UPDATE: On July 14, the Green Party filed a lawsuit against the North Carolina State Board of Elections for violating “their rights to cast their votes effectively, to speak and associate for political purposes, to grow and develop their political party, to petition, and of their right to due process, as guaranteed by the First and Fourteenth Amendments.”

The party is asking the Eastern District Court of North Carolina to find the NCSBE decision not to certify the party’s petition unconstitutional and allow Hoh and other Green Party candidates to appear on the 2022 ballot. 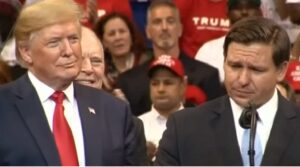 Trump and DeSantis Would Both Beat Biden in Nevada, According to New Poll