Employees of the DNC are expected to return to in-person work on January 3, 2022

Employees of the Democratic National Committee who are not vaccinated may be fired by the end of the year.

In an email to employees on Oct. 4, chief operations officer Monica Guardiola said those who are unvaccinated must show a documented medical exemption or “face termination.”

“This is part of the President’s national strategy and is a critical tool to combat COVID-19 and save lives in the months ahead,” she wrote.

Politico, which obtained the internal email, reported that “the policy is the latest example of workplaces trying to come into compliance with the Biden administration’s vaccine objectives — even places closely associated with the White House.”

The policy applies to those people doing in-person work at DNC offices. The organization plans to have all employees return to in-person work on Jan. 3, 2022.  Some staff members will return to the DNC headquarters this fall.

“On Sept. 9, President Joe Biden announced his new six-part initiative to address the coronavirus pandemic and the surge of the delta variant, which included a provision that the COVID-19 vaccine would be mandatory for healthcare workers whose employers received funds from the federal government,” notes The Washinton Examiner. “Businesses with 100 or more employees were also ordered to require vaccinations or weekly testing for their employees. Businesses that fail to comply would be subject to fines of up to $14,000 for each violation.”

Following the President’s announcement, the Republican National Committee said it would sue his administration for violating the Consitution.

“Joe Biden told Americans when he was elected that he would not impose vaccine mandates. He lied. Now small businesses, workers, and families across the country will pay the price,” RNC Chairwoman Ronna McDaniel said in a statement on the same day.

She referred to herself as “pro-vaccine and anti-mandate” and added the RNC would act to “protect Americans and their liberties.”

Approximately two-thirds of the nation’s workforce — or 100 million people — were impacted by the vaccine mandate.

In August, a poll from the Associated Press-NORC Center for Public Affairs Research found that a quarter of workers — in person or remote — oppose vaccine mandates. About 59% of remote workers favor workplace vaccine requirements while only 47% of in-person workers support them. 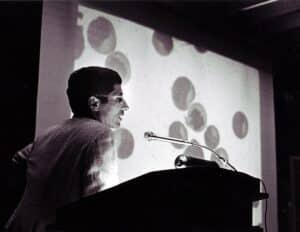