Five Democrat senators have penned a letter to YouTube asking for more censorship of videos about 3D printing guns.

The platform already has a policy banning videos about manufacturing so-called “ghost guns,” but in their letter to YouTube CEO Susan Wojcicki, the lawmakers asked for stricter enforcement.

The term “ghost gun” refers to their lack of a serial number, which makes them almost impossible to trace.

“We write to express our serious concern that YouTube continues to host videos that instruct viewers on how to make and manufacture ghost guns. This content is a clear and direct violation of YouTube’s existing Community Guidelines on firearms, which provide that ‘[c]ontent intended to . . . instruct viewers on how to make firearms, ammunition, and certain accessories or instruct viewers on how to install those accessories is not allowed on YouTube.’ While we acknowledge and appreciate that YouTube has engaged with congressional staff about this problem and, in recent weeks, removed some of these videos, we are alarmed that an extensive amount of this dangerous content still exists on YouTube. It appears that the steps that YouTube has taken thus far are insufficient,” the letter began.

The letter added, “it costs as little as a few hundred dollars to get the tools and parts to construct a ghost gun, and, with help from YouTube tutorial videos, can take less than an hour to put together.”

The politicians cited an NBC News report from December asserting that there are still “dozens” of “ghost gun” videos on the platform.

“That YouTube has Community Guidelines in place to prohibit content instructing viewers on how to make firearms is a welcome initiative, but these policies must be enforced—and enforced strongly—to make any difference,” the letter continued. “It cannot be the case that YouTube is entirely reactive, removing these kinds of videos only when news outlets call public attention to violative content, when gun violence prevention advocates send letters listing specific YouTube videos that violate its Community Guidelines, or when congressional staff reach out to raise concerns about such videos. YouTube owns and operates its service and bears responsibility for putting a safe product on the market. YouTube must be proactive and take affirmative steps on its own and expeditiously to enforce its Community Guidelines related to firearms.”

The letter went on to request answers to a series of questions about their efforts to censor the content.

YouTube spokesperson Ivy Choi said in a statement obtained by The Hill that the company’s policy “prohibits content instructing viewers on how to make ghost guns or 3D printed guns.”

“This work is ongoing, and our teams will continue to work hard to refine the policies and systems that allow us to quickly detect and remove violative videos,” Choi added. 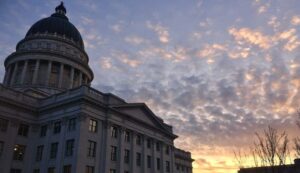