De Blasio on Vaccines: ‘We Tried Voluntary … The Voluntary Phase is Over’

New York City Mayor Bill de Blasio surprised millions of residents in the Big Apple this week when he declared the “voluntary phase” of COVID vaccinations is “over” for public workers and municipal employees like firefighters, EMTs, teachers, and others.

De Blasio was speaking with MSNBC host Joe Scarborough when he was asked if the city could impose more vaccination mandates on locals.

“Yes, we are climbing a ladder. I’m not answering yes to your question yet,” he said during his July 27 appearance.

“But if that’s not enough, I think we got to be ready to climb the ladder more,” he added. “And I think private sector entities can do some of that right now. Public sector entities need to move as quickly as possible … We’ve got to put pressure on this situation. Evolutionary, but fast evolutionary. ”

“We’ve got to shake people at this point and say, ‘Come on now.’ We tried voluntary. We could not have been more kind and compassionate. Free testing, everywhere you turn, incentives, friendly, warm embrace. The voluntary phase is over,” de Blasio added.

“We can keep doing those things. I’m not saying shut it down. I’m saying voluntary alone doesn’t work,” he claimed. “It’s time for mandates, because it’s the only way to protect our people.”

De Blasio moved earlier this week to force all city workers to receive the vaccine or subject themselves to weekly COVID tests.

“We all know the Delta variant has thrown us a curveball,” de Blasio told reporters during his Monday briefing. “This is about our recovery, this is what we need to do to bring back New York City. This is about keeping people safe.” 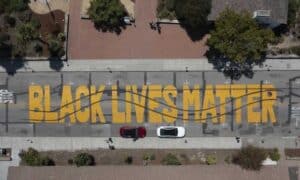