The Roman Catholic Archdiocese of Washington will not hold its annual multi-Diocese, anti-abortion mass and rally for the first time in 25 years.

“After a consultation process that involved dialogue with other dioceses, ministry leaders, and the partners who assist the archdiocese in hosting the annual rally and Mass, The Roman Catholic Archdiocese of Washington has decided not to move forward with hosting the larger multi-diocese rally,” the diocese said in its announcement.

The Catholic regional organization said dioceses across the country are now focusing on March for Life events in their own state following the Supreme Court’s decision to overturn Roe v. Wade on June 24.

The Youth Rally and Mass for Life is the archdiocese’s largest annual event. According to Catholic You Organization, “the Rally strives to encourage the youth participating in the national March for Life in their witness as disciples of Christ and promoters of the Gospel of Life.”

The organization said attendees have traveled from the Virgin Islands and Australia to attend the event in the capital of the United States. The event is typically held in January, on or near the anniversary of the 1973 Supreme Court ruling that granted federal protection for abortion.

Wilton Daniel Gregory, the Archbishop of The Roman Catholic Archdiocese of Washington,  expressed “his deepest gratitude for the support and participation of Archdiocesan youth and young people who traveled to Washington, D.C. over these past twenty-five years.”

March for Life said in October that it would continue to hold its annual rally even though Roe had been overturned – a major goal of the organization since 1974.

“Some say there is no longer a need for the pro-life movement to gather for the annual March for Life in Washington, D.C,” said March for Life. “The work to build a culture of life in the United States of America is far from finished, but they say we can now solely focus our work on advancing our cause in the states.”

“We seek to inspire clarity and enthusiasm among all pro-life people in this critical next phase of building a culture of life,” the organization added. “Those who have been paying attention know that the battle at the federal level has only intensified since the historic Dobbs v. Jackson Women’s Health decision. Already, pro-abortion politicians in the U.S. House and Senate have voted in favor of the most radical expansion of abortion in American history, a bill deceptively named the Women’s Health Protection Act… We can’t afford to abandon the fight at the federal level now.” 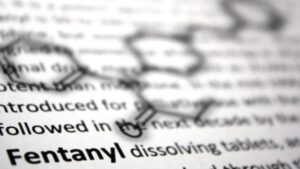 Scientists Develop Fentanyl Vaccine That Protects Against The Opioid's Effects