Days of Our Lives star James Lastovic and his roommate have been reported missing in Hawaii.

Lastovic, 27, and his roommate Nevin Dizdari, 26, were last seen in Kauai, Hawaii, on Sunday, October 9, according to a social media post from the actor’s mother.

“These 2 young adults stayed over at the Hanalei Bay Resort this past Friday Oct 7, Saturday Oct 8 and yesterday, Sunday Oct 9. They were due to fly back today but never made their flight nor returned their rental car,” Lucienne Lastovic wrote of her son and Dizdari. She added that this behavior was unusual as they are “both conscientious kids.”

Lucienne Lastovic added, “The LAST THEY WERE HEARD FROM was yesterday Sunday October 9th at 1:30 pm Hawaii time when they texted their hostess, Carrie Flanders at the Hanalei Bay Resort. The last they were seen was by Carrie Flanders yesterday at 8 am. Carrie is from Brea and was gracious enough to have them stay over for 3 extra days.”

The worried mother said that the duo was last heard from when they asked Hanalei Bay Resort hostess Carrie Flanders for info about Kokee State Park so they could take the long trail hike. They also asked for directions to Shipwrecks Beach, specifically the cliff diving area.

The pair were supposed to fly back to California on Monday, but neither of them made it to the airport.

All of their belongings were also left at the resort and are now in the possession of local police.

They were last seen driving a black Nissan Sentra rental car with the license plate “KEX 072.” The mother said that they are in the process of attempting to track the vehicle using GPS.

Lastovic is best known for his role as Joey Johnson on the long-running soap opera, but also appeared in the Netflix show Insatiable.

Anyone with information about their whereabouts is being asked to reach out to Kauai police Officer Smith at 808-241-1711. 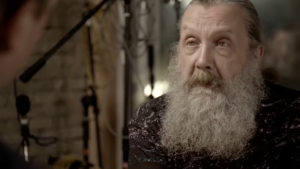