Opposition to the Black Lives Matter (BLM) movement is on the rise in the United States.

A YouGov poll found that BLM’s favorability has fallen across all racial identities.

About 74% of black Americans supported the Black Lives Matter movement in June of 2020. Today, only 69% have a favorable view of it.

“The percentage of white Americans with a favorable view of the Black Lives Matter movement has dropped 15 percentage points since last summer (51% to 36%). The most significant drop in positive sentiment among this racial group came from June 2020 (51%) to July 2020 (43%), but there has been a steady decline since last July,” the analysis says.

Last summer 57% of adults regarded the movement favorably — 13% higher than today’s results. In comparison, the number of adults with an unfavorable view of BLM increased by 12% — jumping from 33% to 45%.

This shift in attitude is echoed by a study from Harvard that found Ameicans have a more favorable opinion of the police and law enforcement agencies than the BLM  movement. The online survey, distributed  between June 15 and 17, recorded responses from over two thousand registered voters.

According to the university’s Center for American Political Studies, the institutions with highest favorability were the U.S. military at 78%, Amazon at 72%, the FBI at 60%.

“The Centers for Disease Control and Prevention had 58% favorability,” says The Washington Examiner. “The Black Lives Matter movement garnered favorability of 45%, with 39% saying they had an unfavorable or very unfavorable view.”

Although support for BLM jumped nationally following George Floyd’s death, public opinion shifted away from BLM following a summer of violent protest and tense political debate. Last fall, the Star Tribune, MPR News, and KARE 11 polled 800 Minnesota likely voters between September  21 and 23 to gauge their attitudes toward the movement.

While 52% said Floyd’s death was a sign of broader problems in the treatment of black people by Minneapolis police, they were more concerned about civilian violence. The poll found that 52% of people believed civilian violence against people and property in U.S. cities was a greater problem than police violence against black people nationwide. Just 35% took the opposite position. Overall, 46% of Minnesota’s likely voters had an unfavorable opinion of BLM while 42% held the movement in favorable regard.

Civiqs reports that overall, BLM has 2% net support in America. At its peak in early June of 2020, it has 24% net support.

Independents and Republicans are the least likely to support BLM, with 47% and 87% in opposition, respectively. 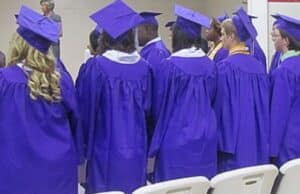