Dartmouth University announced it will end all federal and institutional loan requirements for its undergraduate students after raising more than $80 million to expand its grant and scholarship program.

In its announcement, the Ivy League school said the new program will help middle-class families — those with an annual income that exceeds $125,000.

“Thanks to this extraordinary investment by our community, students can prepare for lives of impact with fewer constraints,” said Dartmouth President Philip Hanlon during a financial aid award ceremony on June 20.

Undergraduate students who previously used loans to pay for their tuition and qualify for need-based financial aid will be given grants instead beginning with students enrolled in the 2022 summer term.

The school already gave students whose families made less than $125,000 financial aid without loans.

The additional funding that makes the scholarship expansion possible was raised as part of the university’s The Call to Lead campaign with donations from 65 families. The average donation was just over $1.2 million.

The grant program decreases student loan debt by an average of $22,000 over four years for “hundreds” of middle-income Dartmouth students and their families.

“This in turn will open opportunities for young graduates to consider career opportunities or advanced degrees that they might not otherwise have been able to pursue,” Dartmouth said. “Approximately 450 Dartmouth undergraduates have financial aid offers for the upcoming 2022–23 academic year that include loans. Replacing federal and institutional loans with larger grant awards will eliminate as much as $5,500 in required borrowing for each student per year.”

“Generally, only smaller, private colleges — think Ivy League — can go no-loan because of endowments, which is just a fancy word for a fund supported by charitable contributions. And these small, private Ivy League schools have much, much lower acceptance rates,” reports Mansfield News-Journal. “Another catch is that what you can afford is determined for you by factors like the FAFSA or the university’s aid packaging.”

New Hampshire, where Dartmouth is located, has the highest average student loan debt in the nation, according to Forbes, at $39,928. 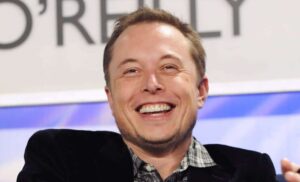