If the deal were to close today, shareholders would profit more than $15 per share

Twitter’s Board of Directors has unanimously recommended that shareholders approve the sale of the company to Tesla CEO Elon Musk, according to a recent filing with the United States Securities & Exchange Commission (SEC).

Stockholders who do not vote in favor of the sale will have the right to seek appraisal of the fair market value of their shares of stock — not including gains due to the announcement of the deal — in lieu of receiving $54.20 per share in cash upon completion of the sale.

Shortly after news of the filing was released, Twitter’s stock jumped 3.8 percent.

If the deal were to close today, shareholders would profit more than $15 per share, according to the New York Post.

However, the announcement from the social media giant comes as its new prospective owner is casting doubt over the sale. Musk recently threatened to walk away from the deal after Twitter refused to provide evidence that no more than 5 percent of its users were bot accounts (‘bot’ is short for ‘robot,’ a term used for accounts not belonging to an actual human).

The number of real versus fake accounts is relevant to the purchase because advertising revenue is contingent upon how viewable paid content is on the platform. Directing paid content toward bot accounts, rather than real ones, means people are paying for ads or promos that aren’t actually being seen, which could potentially be viewed as fraud. Understating the number of bot accounts could also call into question the true value of the company.

“After the merger is completed, you will have the right to receive the per share price for each share of our common stock that you own, but you will no longer have any rights as a stockholder of Twitter,” the filing states.

Upon completion of the merger, Twitter stock will no longer be traded on the New York Stock Exchange and will be deregistered with the SEC. The company will no longer be required to file periodic reports, current reports, and proxy and information statements, according to the filing.

As of the time of this article, Musk had no statement posted regarding the news.

However, the day before the announcement, he did ask his 99 million Twitter followers, “What … is your favorite cheese?”

What … is your favorite cheese? 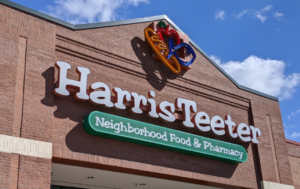