One of the largest publishing houses, HarperCollins, is no longer publishing Chris Cuomo’s upcoming book, a likely response to the rumors and allegations against the former CNN anchor.

“Custom House does not intend to publish the Chris Cuomo book,” a HarperCollins spokesperson said Tuesday.

Cuomo’s upcoming book, titled Deep Denial, was described by the publisher in previous marketing as “a provocative analysis of the harsh truths that the pandemic and Trump years have exposed about America – about our strength and our character – and a roadmap of the work needed to make our ideals match reality.”

This is not the only new development for Cuomo, who announced Monday that he was ending his SiriusXM radio show.

After a suspension last Tuesday, CNN announced on Saturday that Cuomo has been “terminated, effective immediately.”

The announcement comes after a review by an outside law firm retained to examine information about exactly how Cuomo aided his brother, former New York Gov. Andrew Cuomo, amidst accusations of sexual harassment earlier this year.

“Chris Cuomo was suspended earlier this week pending further evaluation of new information that came to light about his involvement with his brother’s defense. We retained a respected law firm to conduct the review, and have terminated him, effective immediately. While in the process of that review, additional information has come to light. Despite the termination, we will investigate as appropriate.”

While some details of Chris Cuomo’s involvement with the governor’s scandal and operations were shared several months ago, the specifics were detailed in a massive document dump on Monday. The documents showed that Chris Cuomo was effectively working as an unpaid aide to the governor while also working as an anchor at the major news network. 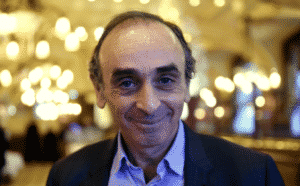