A cousin of Black Lives Matter co-founder Patrisse Cullors has died after being tased by police in Los Angeles.

Keenan Anderson, 31, was an English teacher from Washington, DC, who was in California over the school’s winter break. The fatal encounter occurred on January 3 at around 3:38 p.m. in the Venice area.

Before being tased, Anderson had caused a car crash in a busy intersection and was “running in the middle of the street and exhibiting erratic behavior,” according to LAPD Captain Kelly Muñiz.

“Several citizens involved in the traffic collision motioned to Anderson, indicating that he caused the accident,” the LAPD said in a statement. “The officer contacted Anderson, verbalized with him, and requested additional units for a DUI investigation. Anderson initially followed the officer’s commands and sat at the northeast corner of Venice and Lincoln Boulevard for several minutes as the officer spoke with him.”

As additional officers arrived at the scene, Anderson suddenly attempted to flee.

“Officers gave chase as Anderson ran eastbound in the middle of the street on Venice Boulevard,” the department said. “As officers contacted Anderson, he began to resist, resulting in a use of force. Officers struggled with Anderson for several minutes, utilizing a TASER, bodyweight, firm grips, and joint locks to overcome his resistance.”

The police department continued, “Anderson was subsequently handcuffed and hobbled at the ankles. Shortly after Anderson was taken into custody, Los Angeles Fire Department (LAFD) personnel responded to the scene and rendered medical aid for deployment of the TASER. Anderson was transported via a rescue ambulance (RA) to a local hospital in the City of Santa Monica. While at the hospital, Anderson went into cardiac arrest and was pronounced deceased.”

One officer received minor abrasions to his hands during the incident.

Detectives from Force Investigation Division responded to the scene and are investigating this incident.

The LAPD has now released a 19-minute video about the shooting, which includes body camera footage.

Anderson can be heard saying in the video, “they’re trying to George Floyd me.” He also asserts that the situation was “making me hot” before bolting into traffic.

In addition the the body camera footage, the LAPD also released video captured by a witness on their cellphone.

Cullors shared photos of Anderson on Instagram and wrote, “Keenan deserves to be alive right now, his child deserves to be raised by his father. Keenan we will fight for you and for all our loved ones impacted by state violence. I love you” 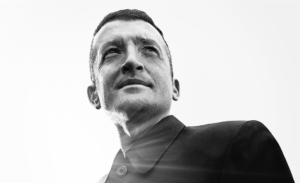