A Conservative student group leader at the University of North Texas says that threats against her have escalated after the university’s President Neal Smatresk publicly condemned her and the organization.

Kelly Neidert founded the school’s chapter of the Young Conservatives of Texas and runs a group called “Protect Texas Kids.”

The 22-year-old senior recently made headlines when she invited Texas House of Representatives candidate Jeff Younger to speak to the groups on campus.

Younger is in a controversial court battle with his ex-wife who has transitioned their seven year old son into a “girl,” despite his objections.

The event, which took place on March 2, was protested by left-wing activists and delved into such chaos that campus police hid Neidert in a closet for her safety.

At the University of North Texas, a trans-critical event by a conservative student group feat. @JeffYoungerTex was shut down. One person went to the front to scream. Another stood on the table & spit at the speaker after being called “she.” More footage:https://t.co/IbwXOEziF9 pic.twitter.com/IemEmT3DPD

Neidert told Timcast that during the event she was assaulted with signs, Younger was spit at, and a police officer was punched.

A week after getting death threats & getting 17k signatures on a petition to expel me, I had an event where I had to be rushed out of the building for my safety. Antifa cut me off and I was forced to hide in a janitor closet with the lights off while antifa searched for me. pic.twitter.com/BymilPmW3N

UNT President Smatresk said campus police had increased security for the event “because conversations surrounding the student organization’s event, which focused on criminalizing healthcare for transgender children, have been contentious,” adding that “a few hundred protesters” had gathered during the event.

Campus safety is our top priority, and we will continue working to provide a safe environment for our students. We have always been a passionate community that stands up for our ideals, but last night’s behavior isn’t reflective of the UNT I know and love. https://t.co/y9eVazFV3T pic.twitter.com/o8U1xH8uJO

Two weeks later, though it was the activists who threatened the safety of other students on campus, President Smatresk issued another statement condemning the conservative student organization.

“Following a helpful meeting with students who gathered outside the Hurley Administration Building recently, I want to state my unequivocal support for the queer and trans members of the UNT community. Offensive statements directed at these students by a student organization are abhorrent. It is unacceptable when people are hateful, or groups go out of their way to bully or demean marginalized populations. There is no place for this behavior on our campus,” the statement read, in part.

Since then, Neidert tells Timcast that she has been subjected to consistent threats and that “the amount of backlash significantly increased and remained constant after he condemned me.”

On Friday, the door to her apartment was vandalized.

Antifa is now resorting to stalking and intimidating college girls for being conservative. pic.twitter.com/Nqh5deIfuI

Neidert has filed a report with the Denton Police, but they have not followed up with her.

My complex is fixing the door tomorrow, they ran out of paint. Police report has also been filed. https://t.co/MtS6m4riRm pic.twitter.com/kL1YerZFHT

“The school administration does absolutely nothing to protect me, the president has openly condemned me and my student organization — which just leads to more people harassing me since they know they can get away with it,” Neidert said.

An activist at a “Trans Pride Fest” at the university, an event hosted by the UNT Young Democratic Socialists, allegedly claimed credit for the damage.

My friend also got this clip where the rainbow lady admits to doing it. End of thread. pic.twitter.com/a4buImFz4C

Neidert said that she does have concerns that the harassment and vandalism could escalate into further violence because she does not intend to back down.

“Right now I think that these people are just trying to scare me, but when they realize I’m not giving up I wouldn’t be surprised if they actually tried to harm me,” Neidert said.

Over 20,000 people have signed a petition demanding Neidert be expelled for her opposition to gender alterations of children.

Timcast has reached out to President Smatresk for comment. We will update this story if a response is provided. 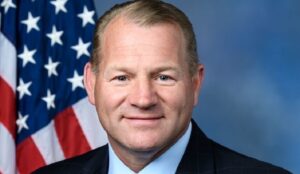