A group of physicians is asking the Connecticut legislature to expand the state’s Medicaid program to cover illegal immigrant minors.

The move would cost approximately $1.9 million.

About 400 doctors in the state sent a letter to lawmakers on April 14 requesting undocumented minors receive medical coverage through HUSKY Health, the state’s Medicaid program.

“As health care providers, we recognize our responsibility to care for all patients, regardless of race, income or immigration status,” the letter stated according to The Stamford Advocate. “Unfortunately, our state laws do not reflect that same commitment. While the uninsured rate in Connecticut is roughly 5.9 percent, an estimated 52 percent of undocumented immigrants in our state are uninsured.”

During the COVID-19 pandemic, the New England state passed a measure allowing children without a legal immigration status age 8 and younger to receive coverage through HUSKY. The coverage began on Jan. 1, 2023.

“Even without full citizenship, we have people who work, they pay taxes, they contribute to our economy, they are part of our communities and we want to make sure that they are not in the shadows,” said Democrat Bob Duff, the Senate Majority Leader, said during the debate on June 7, 2021. “One of the issues that has long escaped our country because of a failure to pass immigration reform or immigration policy is health care, especially for those who are undocumented.”

At the beginning of 2021, Connecticut lawmakers introduced SB 284 which would have expanded Medicaid eligibility for undocumented children to anyone age 18 or younger. The measure was never advanced past the Human Services Committee.

In April, lawmakers proposed another version of the plan which was linked to the state’s budget. The program was recommended to be open to children 12 and younger by the Appropriations Committee.

Enrolled children would remain eligible for Medicaid coverage until age 19. The General Assembly is still considering this proposal.

Senator Saud Anwar accepted the letter on the steps of the state capitol. 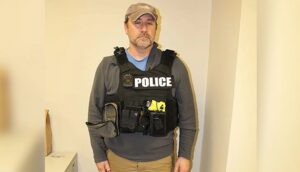