The former Louisville Metro Police detective who fatally shot Breonna Taylor during a raid in 2020 has filed a lawsuit aiming to get his job back.

Former detective Myles Cosgrove alleged in his lawsuit that the decision to fire him was “arbitrary and unlawful due to actions in excess of its authority or in violation of due process.”

Taylor was killed during a knock and announce drug raid on March 13, 2020 during which her boyfriend shot at police and they returned fire. LMPD Sgt. Jon Mattingly was shot during the exchange and has now recovered.

Cosgrove was fired in January 2021, by Chief Yvette Gentry for failing to “properly identify a target” during the fatal incident on March 13, 2020.

The decision to terminate his employment was upheld by the Louisville Metro Police Merit Board during their review one year later, despite Kentucky Attorney General Daniel Cameron concluding that Cosgrove was legally justified in returning fire after Taylor’s boyfriend, Kenneth Walker, shot at him.

Cosgrove has said that he regrets that Taylor died, but believes that he acted appropriately in the difficult situation.

Hankison was found not guilty on three counts of felony wanton endangerment in March over shots that had entered a neighbor’s apartment during the raid.

“Hankison was fired in 2020 after a former interim chief called the rounds he shot through the covered door and window ‘a shock to the conscience.’ He appealed his firing to the merit board, but the appeal hearing was set aside until criminal proceedings concluded,” the Journal report explains. “Cosgrove is the second officer fired in the Taylor case to lose his appeal to the merit board. Joshua Jaynes, the detective fired for lying on the search warrant for Taylor’s apartment, is also appealing the decision with a circuit court lawsuit.” 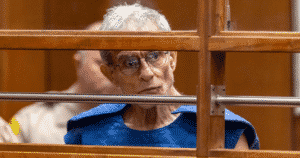