A Georgia judge ruled United States Representative Marjorie Taylor Greene can run for re-election, concluding a challenge from a group of voters in her district.

Five constituents had challenged Greene’s re-election campaign in March, arguing that she had been involved with plans to overthrow the government and therefore violated federal law.

The group said Greene aided and supported insurrectionists who entered the Capitol hoping to prevent Congress from certifying the results of the 2020 presidential election.

Citing a clause in the 14th Amendment of the Constitution, the group said that Greene could not seek re-election because she had participated in an insurrection while in office.

“Ratified shortly after the Civil War, it was meant in part to keep representatives who had fought for the Confederacy from returning to Congress,” notes 11Alive.com.

Leading up to the vote certification, Green and other Republican officials were preparing to object to the result by reviewing allegations of voter fraud.

“The evidence is there, it’s real. I didn’t run for Congress to sit by and be quiet, so I called [President Donald Trump],” Greene said in a December 2021 interview with Newsmax. “I support him, I voted for him, just like everyone else and I’m happy to support him in this trying time.”

Greene took the stand in April and answered questions about her activity on Twitter and her connection to the security breach at the nation’s Capitol on Jan. 6, 2021.

Attorney Ron Fein, who represented the parties challenging Greene, asked a number of questions about the use of the term “1776” on the congresswoman’s Twitter account. He argued that the term was a codeword or anti-government sentiment.

Greene denied this claim and said it was simply the year the United States adopted the Declaration of Independence.

At one point, Fein played a clip of the 1996 film “Independence Day” to suggest that one of Greene’s posts called for violence through a reference to the film.

Greene said she had never seen the movie.

“James Bopp, a lawyer for Greene, argued that his client engaged in protected political speech and was, herself, a victim of the attack on the Capitol, not a participant,” reports AP News. “He also argued that the administrative law proceeding was not the appropriate forum to address the weighty allegations brought by the voters.”

State Administrative Law Judge Charles Beaudrot announced on May 6 that Greene did not violate the 14th Amendment and was eligible to seek reelection. Each side has 10 days to enter an appeal in Fulton County Court.

The judge will now submit his findings to Secretary of State Brad Raffensperger, who will ultimately decide if Greene can stay on the ballot.

The Republican primary in Georgia takes place on May 24. Early voting has already begun. 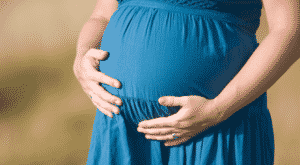