Congresswoman Marjorie Taylor Greene held a press conference on Tuesday with a former trans kid who warned of naive children being abused with so-called “gender-affirming care.”

The press conference was in support of Rep. Greene’s Protect Children’s Innocence Act, H.R. 8731, which will criminalize genital mutilation and chemical castration of minor children.

The bill states that anyone who “knowingly performs any gender affirming care on a minor is guilty of a class C felony” carrying a penalty of 10 to 25 years in prison and a maximum fine of $250,000. It currently has 37 Republican co-sponsors and would also prohibit using federal funds for sex change treatments.

“There’s an ideology that is sexualizing children and pushing this among the most innocent kids, the most vulnerable in all of our society, and it has to end,” Greene said during the press conference. “We want to protect kids. Republicans are the party of protecting children.”

Many of these treatments irreversibly sterilize and/or disfigure the patient.

“How on earth can this even be happening in America?” Greene said during the press conference. “It’s hard to understand, but the fact that the medical industry is making billions of dollars on these genital mutilation surgeries on kids is absolutely horrific. These are the things that nightmares are made of.”

Speaking alongside the congresswoman was Chloe Cole, 18, a young woman who was given testosterone therapy and puberty blockers beginning at the age of 13. At 15 years old, she underwent a double mastectomy — removing all of her healthy breast tissue.

One year later, at the age of 16, Cole detransitioned and became outspoken against these procedures and medications being given to minors.

What a courageous young woman! pic.twitter.com/FoBuSsREb2

Cole stated at the beginning of her speech that there has been over a 4,000 percent increase in children being referred to “gender clinics” in the United States.

“How did we get to the point where nearly every pediatric institution in the country considers it best practice to remove the healthy breast tissue of children while administering drugs typically used to chemically castrate high-risk sex offenders?” Cole asked. “Raising these important questions is not bigoted — and the refusal of activists to give straightforward answers should be seen as a major red flag.”

Cole referred to these treatments being given to children as an “atrocity.” She explained that as a 12 year old child, she had hated her breasts due to a sexual assault by a fellow student. Upon finding transgender content on social media, she realized she could get a lot of celebration and attention by changing who she was.

In a press release following the conference, Rep. Greene pointed a finger at teachers, mental health counselors, and government officials.

The bill would also prohibit “any plastic surgery that feminizes or masculinizes the facial features,” “any placement of chest implants to create feminine breasts,” or “any placement of fat or artificial implants in the gluteal region,” when they are done “for the purpose of changing the body of such individual to correspond to a sex that differs from their biological sex.” 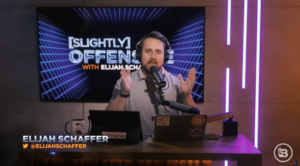