'Congress and the American people cannot afford to lose faith in the OIC,' said Jordan

Perry, who was on vacation with his family in New Jersey when FBI agents seized and forensically copied his phone, has sued the DOJ to prevent agents from searching the data collected from the device.

“They made no attempt to contact my lawyer, who would have made arrangements for them to have my phone if that was their wish. I’m outraged — though not surprised — that the FBI under the direction of Merrick Garland’s DOJ, would seize the phone of a sitting Member of Congress,” Perry told the Washington Examiner in early August. “My phone contains info about my legislative and political activities, and personal/private discussions with my wife, family, constituents, and friends. None of this is the government’s business.”

Although a judge had signed a warrant for the phone’s seizure two weeks early, agents did not act until two days after the FBI raided Mar-a-Lago, President Donald Trump’s Florida home.

Jordan sent a letter to the DOJ on Aug. 29 saying the Office of the Inspector General (OIG)’s role in the seizure of Perry’s phone “is inconsistent with [the Department’s] responsibilities to conduct independent oversight of the Department.”

“The OIG’s assistance to the FBI in imaging Representative Perry’s phone – in addition to posting questions about why the nation’s top law enforcement agency cannot perform this task itself – raises serious concern about why you would be willing to sacrifice the OIG’s independence to assist the FBI in advancing such a politically charged matter.”

Jordan added that the OIG’s assistance “creates a serious conflict of interest” in reviewing the DOJ’s actions.

“Congress and the American people cannot afford to lose faith in the OIC, especially as the Biden Administration continues to weaponize law-enforcement resources against its political opponents and so many FBI whistleblowers continue to come forward with shocking allegations, “ Jordan added.

The inspector general has until 5 P.M. on Sept. 12 to produce documents related to the seizure of Perry’s cellphone, including any relevant interdepartmental communication and any files that reference the seizure. The committee has also ordered the DOJ to submit “complete and detailed” timelines of the OIG’s actions and communications with the department regarding its actions, of the Inspector General’s decision to assist the FBI with the seizure and imaging of the cellphone, and of the OIG’s forensic examination of the data collected from Perry’s phone.

Jordan has also asked the OIG to explain if it considered any less intrusive means of inquiry and if any staff members raised concerns about the constitutionality of seizing the congressman’s cellphone.

The Ohio congressman has said the FBI’s actions violate Perry’s protected rights under the Speech and Debate Clause of the Constitution.

The FBI’s justification for seizing Perry’s phone is unclear. Perry is reported to be a person of interest in the House subcommittee on Jan. 6’s investigation. 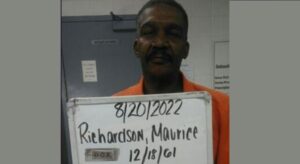