The Colorado Sex Offender Management Board is considering getting rid of the term “sex offender” due to potential “negative effects” on the perpetrator.

The vote, scheduled to take place on Friday, would replace the term “sex offender” in the board’s own guiding principles.

The reason for the change, supporters argue, is because the stigma attached to the term “sex offender” can have negative effects on rehabilitation.

A previous vote on changing the language was split 8-7 earlier this year.

“I think the biggest thing is research really shows us that assigning a label has the potential for negative effects in rehabilitation,” said Kimberly Kline, a licensed counselor and chair of the board, according to the Post.

Fourth Judicial District Attorney Michael Allen of Colorado Springs has a different view on the issue and told KOAA that using a term like “sex offender” makes sure that people realize “the gravity” of the offense.

In their article about the potential change, the Denver Post seemingly attempted to elicit sympathy for a man who sexually assaulted a child whining about being “ostracized” due to his presence on the sex offender registry.

A caption of the photo of the sex offender read, “through a tiltshift lens, Wayne Bethurum stands in the living room of his Cedaredge home Thursday on Sept. 2, 2021. Bethurum, convicted decades ago of sexual assault on a child, acknowledges that ‘what I did was terrible,’ but has found that the discovery of his name on the sex offender registry has made it impossible for him to continue with his volunteer efforts in town. ‘I’ve been ostracized in the community,’ he said.”

The Post noted that even if the board votes to cease using the term “sex offender,” they will not be able to change the name of the board. “The legislature oversees the Sex Offender Management Board and would have to agree to any change,” the report says. 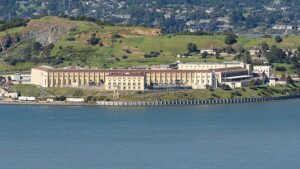