California has been sued by a feminist advocacy group for putting biological males in women’s prisons.

The Women’s Liberation Front filed a lawsuit against the California Department of Corrections and Rehabilitation on Nov. 17 arguing that their actions put women at risk. The organization contends the practice, which follows the passage of the Transgender Respect, Agency, and Dignity Act, violates the First, Eighth, and 14th amendments.

In addition to the Department of Corrections, Corrections Secretary Kathleen Allison and wardens Michael Pallares and Mona Houston are named as plaintiffs.

Gov. Gavin Newsom signed the Transgender Respect, Agency, and Dignity Act into law in September. Also known as Senate Bill 132, the law permits incarcerated people who identify as transgender, non-binary, and intersex people to be housed in facilities that correspond to their gender identity. It also requires they receive personal care items and be searched in a manner that corresponds with their gender identity.

CDCR Secretary Ralph Diaz said in a statement, “No one deserves to be treated disrespectfully because of their gender identity or expression. And it is our sworn duty to protect people from sexual assault and violence.”

“Senate Bill 132 will bolster our ongoing efforts to address the inequalities and complex needs the incarcerated transgender, non-binary and intersex community faces and codify our policies for the screening, treatment, and housing of this population as required by the Prison Rape Elimination Act,” Diaz added.

According to the suit, SB 132 “cannot be applied in any manner that avoids violating the federal and state constitutional rights” of the plaintiffs.

“Plaintiff Krystal Gonzalez says she was sexually assaulted by a biological male who was transferred to Central California Women’s Facility under the law,” reports National Review. “According to the suit, when Gonzalez filed a complaint and requested to be housed away from men the prison’s response called her alleged attacker a ‘transgender woman with a penis.’”

“Krystal does not believe that women have penises,” the lawsuit says, “and the psychological distress caused by her assault is exacerbated by the prison’s refusal to acknowledge the sex of her perpetrator.”

The female plaintiffs involved in the legal action reported suffering because of the housing policy. They all report experiencing fear, anxiety, depression, or post-traumatic stress disorder because they are required to live in such close quarters with biological men while they eat, sleep and shower.

The suit further alleges the CDCR “has considered cutting down the only shade trees in the exercise yard, which also attract birds that the women enjoy and appreciate, because incarcerated men might use the trees as weapons and/or because the trees cause visual blind spots.”

The Women’s Liberation Front filed in the U.S. District Court for the Eastern District of California. 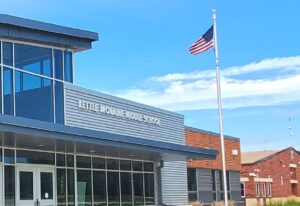