Colorado Board to Stop Using the Term ‘Sex Offenders’

Colorado is changing the way it labels sex offenders because it considers the term negative.

The move comes from the Sex Offender Management Board (SOMB) following a Nov. 19 vote. The board, which is comprised of a variety of legal professionals, plans to stop using the term in standards and guidelines for treatment offenders receive.

“Sex offender” will still be used legally and by the criminal justice system.

The board intends to substitute the term for “person-first” language such as ”person who has committed sex offenses.”

“Supports of the change in terminology argue it will reduce recidivism. Opponents say it will only reduce accountability, noting victims and survivors live with their label for life,” CBS Local.

SOMB Board Chair Kimberly Kline said the change has already been adopted in clinical settings. She also said that being labeled a sex offender can isolate offenders because it implies their behavior is irreversible.

“If we’re talking about how someone speaks to themselves or about themselves or how they’re labeled as an identity versus something they’ve done, that can increase risk,” Kline said.

According to The Gazette, “person-first terminology has been heavily emphasized by groups like the Centers for Disease Control and Prevention in the context of the ill and the disabled.”

District Attorney for the Fourth Judicial District Michael Allen said, “They are changing the terminology on ‘sex offender’ merely to protect the sex offender and not to protect public safety.”

“It changes the focus from an affirmative step taken by a sex offender to violate somebody, to saying that something happened to them leading to them being in trouble for something in the courtroom,” he told Fox 21 News. “It changes the responsibility behavior from the offender themselves.”

Before the board’s vote, Jessica Dotter, sexual assault resource prosecutor for the Colorado District Attorneys’ Council and an SOMB member, expressed her concerns regarding the true impact of the change.

“‘Adults who commit sexual offenses’ fails to convey or represent any sort of victim-centeredness,” Dotter said.

Other critics have said that there is no evidence or reputable study that indicates the term change would prevent recidivism.

The decision is now in a 20-day public comment period and will need to be subsequently ratified by the board.

The Sex Offender Management Board’s name will not change, however. The ability to change the organization’s name is exclusively that of Colorado’s legislature. 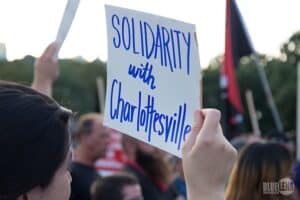