The suspect was charged in a U.S. District Court in Miami on Jan. 4

A Colombian man has been charged with conspiracy to commit murder or kidnapping in the assassination death of Haiti’s late President Jovenel Moise.

Moise died in July of 2021 after a group of gunmen broke into his home near Port-au-Prince. His wife, First Lady Martine Moïse, was shot at least three times during the attack and taken to a Florida hospital for treatment.

The United States Justice Department said in a statement on Jan. 4 that former Colombian military officer Mario Palacios had been charged in the crime. Authorities said Palacios and his co-conspirators had intended to kidnap Moise but assassinated him after they could not find a plane with which to remove him from Haiti.

At least 17 men were arrested in the days immediately following Moise’s death. Haitian authorities reported at the time that several of them were Colombian with military connections.

In August, Haitian National Police released a report saying a five-man “Delta Team” – including Palacios – entered the president’s bedroom with the intent to shoot him. The four other accused men are in Haitian custody.

“The complaint affidavit alleges that, on July 7, 2021, Palacios and others entered the president’s residence in Haiti with the intent and purpose of killing President Moise, and in fact the president was killed,” the statement said.

Palacios is facing an additional charge of providing material support resulting in death. He made his first court appearance on Jan. 4 in the U.S. District Court in Miami.

“Palacios, speaking in Spanish, told the court via an interpreter that he does not know anyone in the United States and that his only income is a Colombian military pension worth the equivalent of around $375 a month,” per Reuters.

He was detained in Jamaica in October and would be deported on Jan 3. The U.S. Justice Department said that during a layover in Panama, Palacios agreed to travel to the United States instead.

Mrs. Moise has publicly discussed the night of the attack and asked the United Nations Security Council to help find her husband’s killers. She expressed her surprise that the attackers were able to breach their heavily guarded home after she heard gunfire around 1 A.M.

“At that time, I didn’t even think that they were going to be able to get into the room where we were, because we had about 30 or 50 security guards (at the house),” she told CNN in an August 2021 interview. 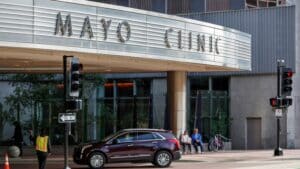