Enrollment declined across all four-year universities and community colleges

Fewer women enrolled in college in 2022 than men for the first time in decades, indicating further disruption to the higher education industry.

For years, the gender gap in high education leaned significantly toward women. Young women were more likely to be enrolled in college than their male peers and, at age 25, were more likely to have obtained a four-year college degree. While college enrollment between the sexes was comparable in the early 1990s, just 36% of men between the ages of 25 and 34 in 2021 had a bachelor’s degree compared to 46% of women in the same age group.

The fall of 2022 marked a shift in this established trend with enrollment among men declining by 1.3%, whereas enrollment among women declined more than twice as much – 3.2% – according to data from the National Student Clearinghouse Research Center, which analyzes data from educational institutions and organizations to advise policy decisions.

The Clearinghouse data is based on reports from 63% of Title IV degree-granting institutions submitted by September 29, 2022.

Some educational policy advocates believe the decline in female enrollment is a result of the COVID-19 pandemic.

“The pandemic disproportionately harmed women, particularly women of color and low-income women, and this is one more example of that impact,” Catherine Brown, senior director of policy and advocacy for the National College Attainment Network, told The 74.

Just as fewer people of both genders are signing up for college classes, enrollment has declined across all four-year universities and community colleges.

College enrollment peaked in 2011 with 11.65 million students attending colleges or universities. The peak followed America’s Great Recession – generally dated between the end of 2007 to 2009. For the following decade, enrollment nationwide declined.

Enrollment has only increased marginally among highly selective public and private four-year institutions during the last two years. Notably, both sectors reported a net decline in enrollment during the fall of 2022.

Additionally, Forbes noted that enrollment at “primarily online institutions, where more than 90% of students enrolled exclusively online prior to the pandemic, undergraduate enrollment grew 3.2% over last fall.”

To sustain economic growth consistent with a total population expanding faster than the working age population, labor markets must tighten. This pushes wages (and inflation) up, attracts more people into the labor force, lowers job application requirements, and discourages college enrollment… Despite federal efforts to cool the economy by raising interest rates, a combination of stubborn inflation, government spending, corporate coffers, and a structural labor shortage will mean no recession—and therefore no college enrollment revival—in 2023.

A recession would also likely drive up tuition costs, further deterring men and women from enrolling in colleges or universities. 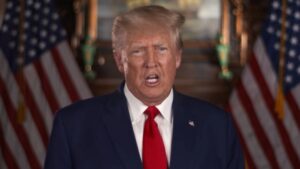