CNN Had Offered Chris Cuomo 'Temporary Leave' to Advise His Brother, According to Report

CNN had reportedly offered Chris Cuomo a “temporary leave” to formally advise his brother during his sexual harassment scandal earlier this year.

The offer from CNN executives came following reports in May that Chris Cuomo had advised and participated in strategy calls with his brother, New York Governor Andrew Cuomo.

Despite the clear conflict of interest, CNN’s offer of a leave was “informal and strictly optional,” according to a new report from the New York Times.

“The idea was informal and strictly optional — not a request — and intended as an acknowledgment of Mr. Cuomo’s unique position as both a prime-time network anchor and the brother of a prominent politician facing a scandal, according to two people who spoke on the condition of anonymity to describe internal conversations,” the Times report says.

After news broke about their anchor’s role in helping his brother handle the scandal, CNN said it was “inappropriate,” but did not discipline him.

“Chris Cuomo has told CNN leadership that he planned to continue on his program and abide by rules preventing him from commenting on his brother’s scandal, the people said. He also promised not to discuss Andrew Cuomo’s strategic response to the scandal with any government officials besides the governor himself,” the Times report continued.

The CNN host had told viewers in March that he would not be covering the sexual harassment scandal because it is his brother.

“Obviously I’m aware of what’s going on with my brother. And obviously I cannot cover it because he is my brother. Now, of course, CNN has to cover it. They have covered it extensively and they will continue to do so,” he said at the time.

On Tuesday, following the New York Attorney General releasing their report saying that the governor violated both state and federal laws, the CNN host was silent on the issue during his 9 p.m. show. Instead, he opened with a clip of President Joe Biden calling for governors to help stop the spread of COVID-19 — but ignored the president’s call for Governor Cuomo to resign during the same event.

CNN had covered the scandal during almost every hour, except Cuomo’s top-rated show.

Chris Cuomo will reportedly be on a “long planned” vacation from the network next week. 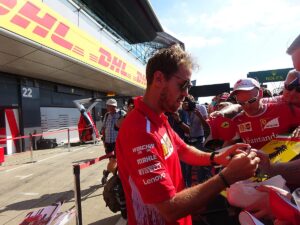