A new report from CNN claims more than 80% of Americans over the age of 16 have immunity from COVID-19 as a result of vaccination, natural antibodies, and previous infections.

However, the widespread immunity is due mainly to vaccination, a survey of blood donations indicates. The CDC-led survey also indicates that the reported number of people infected with the virus may be off by half.

“The team, led by the CDC’s Dr. Jefferson Jones, set out to determine how close the US might be to some kind of herd immunity — although they do not claim to have any kind of handle on that yet. They worked with 17 blood collection organizations working in all 50 states plus Washington, DC, and Puerto Rico to test blood covering 74% of the population. In the end, they tested about 1.4 million samples,” adds the outlet.

The report comes days after a group of healthcare workers in Cincinnati filed a lawsuit against local hospitals for mandating vaccines.

“When there was no vaccine, the workers had to go to work. They were heroes. Now that there is a vaccine, they have to get the vaccine or be fired. They are ‘zeroes,’” the lawsuit states.

According to court documents, the suit wants a “declaratory judgment” that the mandate violates the law, a temporary injunction against the requirement, a jury trial, and other relief deemed necessary.

Read the full report at CNN. 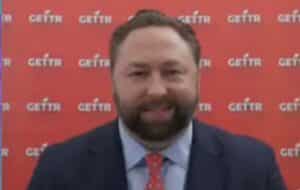