Former White House advisor Jason Miller has said that he believes there is a 99-100 percent chance that Donald Trump will be running for president again in 2024.

In an interview with Cheddar News, Miller said that it is clear when you speak to Trump that he does intend to run.

“I would say the likelihood is somewhere between 99 and 100%,” Miller told Cheddar News on Thursday. “I think he’s definitely running in 2024. I had a good conversation with him last night, I’m going to go see him in a couple days here. He hasn’t said the magical words to me, but if you talk to him for a few minutes it’s pretty clear that he’s running.”

.@JasonMillerinDC says that the likelihood of former President Donald Trump running for president again in 2024 is “somewhere between 99 and 100 percent.” pic.twitter.com/bTe3y0qcnH

Miller said that the chaos surrounding the withdrawal has made his run even more likely.

“I think what we’ve seen in Afghanistan recently has really just emboldened that,” Miller added.

The Daily Caller reports that Rep. Jim Jordan also told a group in Dallas County, Iowa, on Thursday that he believes Trump will be seeking the Republican nomination.

“I think he’s gonna run. I want him to run,” Jordan said.

BREAKING: Jim Jordan told me tonight in Iowa that Trump will announce he’s running “any day now.” A big GOP operative in the state later announced to the crowd that Trump will travel here imminently. pic.twitter.com/T50ocfqnP5

He added that he expects the former president to announce that he is running “any day now” and said that he speaks to him regularly.

In an phone interview with Greg Kelly from Newsmax on August 18, Trump said that “a lot of people are going to be very happy” when asked if he was planning to run again in 2024.

Donald Trump is asked about 2024 by Newsmax’s Greg Kelly.

“A lot of people are going to be very happy.” pic.twitter.com/F4SVtvJy1O 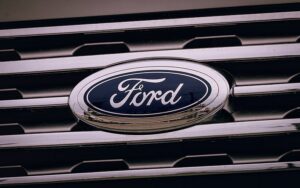