The aircraft carrier reportedly was observed traveling north 30 nautical miles southwest of Kimen by a passenger on a civilian flight at approximately 10:30 A.M. The city is across the water from the Chinese city Xiamen.

A source, speaking on the condition of anonymity, told Reuters that the carrier was followed by the USS Ralph Johnson, a guided-missile destroyer. Taiwan allegedly also sent warships to monitor the carrier.

“We should not associate this with the communication between the heads of state of China and the United States,” Zhao said. “You may think it is too sensitive. What is sensitive is you, not the Taiwan Strait.”

The incident was reported about 12 hours before the presidents of China and the United States were scheduled to speak on March 18.

White House Press Secretary Jen Psaki told reporters ahead of the call that Biden and Xi would discuss “managing the competition between our two countries as well as Russia’s war against Ukraine and other issues of mutual concern.”

The Biden Administration declined to say what it specifically hoped to accomplish with the call, reports CBS News.

China regards Taiwan as one of its territories while Taiwan regards itself as a sovereign nation.  China has accused Taiwan of leveraging the Russia-Ukraine conflict for political gain.

Taiwan announced on March 15 it planned to send $11.5 million to Ukraine in order to help people displaced following Russia’s invasion. The island nation had already sent $3.5 million in aid.

“The Democratic Progressive Party authorities are using the Ukraine issue to validate their existence and piggyback on a hot issue, taking advantage of others’ difficulties,” Zhu said. “Their attempts to incite confrontation and create hostility through political manipulation will not succeed.” 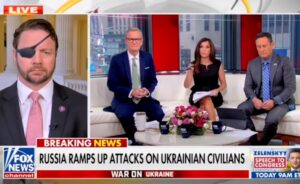