The Chinese military flew at least 52 warplanes near Taiwanese airspace Oct. 4, according to Taiwan’s Ministry of Defense, escalating an already tense situation between Beijing and leaders in Washington, D.C.

“China’s English language Global Times, considered a mouthpiece of the Chinese Communist Party, confirmed the deployment and that the Chinese military set new records for the scale of the aerial provocations on both Friday and Saturday over the Taiwan Straits. It said the deployments helped mark the country’s National Day on Oct. 1, the annual celebration of the party’s founding, but indicated they are also in response to a U.S.-led armada of allied ships that sailed through the contested Philippine Sea late last week,” reports US News and World Report.

We must always stand with Taiwan. https://t.co/IeRByrimhE

“The PLA has done an excellent job!” the Chinese media outlet stated, referring to the People’s Liberation Army, the official name of China’s armed forces.

“They are fighting forces aimed at actual combat,” it continued. “The increase in the number of aircraft showed the PLA Air Force’s operational capabilities. The warplanes that gathered over the Straits were possibly dispatched from different airports, showing the strong ability of the PLA to form a wartime air attack.”

The U.S. urges Beijing to cease its destabilizing behavior across the Taiwan Strait. https://t.co/oo7EQFT4i7

“If China is going to launch a war against Taiwan, we will fight to the end, and that is our commitment,” Taiwanese Foreign Minister Joseph Wu told reporters.

#breaking China blasts US for "irresponsible remarks" over Taiwan: "The US has continued its negative actions in selling weapons to Taiwan & boosting its official military ties…China firmly opposes this and takes necessary countermeasures." @LarryMadowo  @EricCheungwc @cnni pic.twitter.com/dQjDV5mbWw 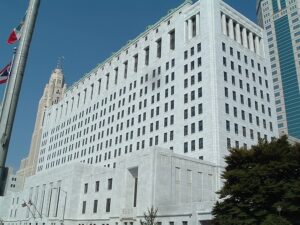