Millions of people have been barred from leaving their homes in China as the Delta variant has led to the country’s highest number of COVID-19 cases in months.

The Chinese Communist Party (CCP) reported 328 local Covid-19 infections in July, almost as many as the previous five months combined, according to the National Health Commission. The situation is likely far worse, as experts say the CCP has underreported COVID-19 numbers throughout the pandemic.

The BBC reported, “In Zhuzhou, in central Hunan province, more than a million people have been told not to leave home for three days while mass testing and a vaccination drive is organised. The regional government described the situation there as ‘grim and complicated’. In other cities entire communities are being placed under emergency lockdown as cases of the Delta variant emerge.”

“All of Beijing’s air, bus and travel links to areas with positive cases have been cut. All tourists have also been banned from entering the capital, and officials are only allowing ‘essential travellers’ with negative Covid tests to enter,” the BBC added. “The virus has also reached Wuhan, in Hubei province, the Chinese city where Covid-19 first emerged.”

Due to the Chinese vaccines being nowhere near as efficacious as the vaccines created in the United States, the Delta variant has been able to spread rapidly through their population. According to a health expert from Nanjing, China, the “vast majority” of those infected there had received China’s vaccine.

According to Zhang Wenhong, an infectious disease expert at Shanghai’s Huashan Hospital, it might not even be possible for China’s existing vaccines to eradicate COVID-19 infections, and transmissions could still happen even if everyone received one of their vaccines. 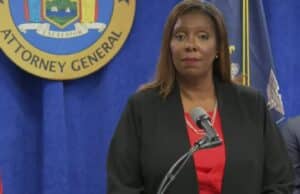