The move marks a historic day in the South American Nation

On Tuesday, both houses of Chile’s congress voted to approve a marriage equality bill that also legalizes adoptions by same-sex couples.

The initiative was approved first by the Senate on a 21-8 vote, with three abstentions, and shortly afterward by the Chamber of Deputies with 82 votes in favor, 20 against and two abstentions, according to local sources.

The measure now goes to Chile’s President Sebastián Piñera, who has publicly supported the bill. The change will go into effect 90 days after its publication in the official gazette.

Senators initially approved the marriage equality measure in July. This fall, deputies did so on Nov. 23. However, modifications introduced by the deputies required a joint committee of both houses to resolve the cited differences.

Among the changes agreed to Monday is the recognition in Chile of marriages of same-sex couples performed abroad and the definition of marriage as “a solemn contract between two people” rather than the traditional “between a man and a woman.”

Center-left Sen. Yasna Provoste said that when the right to marry and start a family is recognized, “this recognition applies to all people”.

The newly approved proposal stalled in the Senate for four years before Piñera gave it his strong backing last January. The support came as somewhat of a surprise because he had long argued that marriage was only between a man and a woman.

Chile joins the ranks of dozens of other nations around the world to fully support and protect the rights of same-sex marriage and adoption. 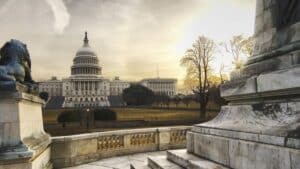