A British children’s charity has declared some metaverse apps “dangerous by design” because they risk exposing minors to explicit material and sexual content.

While investigating the virtual reality world, a researcher for the BBC was able to access rooms with sexually explicit content using the minimum age rating on one app — 13 years old.

Posing as a teenage girl, the researcher reported she was “shown sex toys and condoms, and approached by numerous adult men.”

“I was surprised how totally immersed in the spaces you are. … So when grown men were asking why I wasn’t in school and encouraging me to engage in VR sex acts, it felt all the more disturbing,” wrote Jess Sherwood, the researcher. “Everything about the rooms feels unnerving. There are characters simulating sex acts on the floor in big groups, speaking to one another like children play-acting at being adult couples.”

VRChat, which is not a subsidiary of Meta, allows users to access the metaverse with a 3D avatar. Avatars can go to a number of places, ranging from McDonald’s to strip clubs.

Contact between users under the age of 18 and adults is not restricted.

The United Kingdom’s NSPCC (National Society for the Prevention of Cruelty to Children) announced it was “shocked and angry” at the result of the outlet’s investigation.

“It’s children being exposed to entirely inappropriate, really incredibly harmful experiences,” he said in a statement to the BBC.

“This is a product that is dangerous by design, because of oversight and neglect. We are seeing products rolled out without any suggestion that safety has been considered,” he said.

Meta — the rebranded name for Mark Zuckerberg’s Facebook — has noted that users are able to block people and that it is continuing to analyze people’s interactions to determine how to improve safety.

Concerns about the potential dangers the metaverse poses to children have been echoed by members of the English government following the investigative report.

Children’s Commissioner Dame Rachel de Souza said she was horrified to learn children as young as 13 could watch simulated sex while using the virtual-reality app. She noted the nation implemented an Age Appropriate Design Code that establishes a series of standards that dictates how tech companies are required to protect children’s online data.

“They need to do more, they need to step up,” said de Souza, per The Independent. “Are you telling me that Mark Zuckerberg, with all his fantastic engineers and ability to create this, can’t keep children safe?” 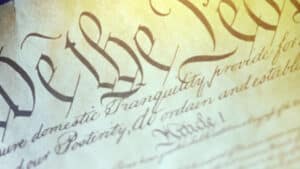