93 large active fires have occurred throughout the northwest

A state fire emergency was declared by Oregon Governor Kate Brown on Friday. Similar declarations were made for fires raging in other parts of the state.

The Cedar Creek Fire is believed to have started from a lightning strike during a storm on Aug. 1 in the Willamette National Forest. Over the weekend, the blaze more than quadrupled in size with current estimates ranging from 85,000 to 87,000 acres.

At the time of this report, the fire is considered to be entirely uncontained and an army of 1,200 firefighters from other states have poured into the region of central Oregon in order to help tackle the flames. But Jake Livingston, an Alaskan emergency responder assisting with the logistical response, believes they have a strategy that will provide some sense of control. In a press conference uploaded to Facebook, Livingston explained that a number of controlled burns had been completed and that the remainder should take roughly a week to complete.

According to Oregon Public Radio, utility companies in Oregon cut power to 40,000 homes in order to prevent electrical fires contributing to the mix if the weekend’s high winds downed a powerline.

More than 2,000 homes were issued evacuation notices Friday evening, but today, calmer wind conditions prompted officials to reduce this number somewhat and open to motorists some routes that were previously threatened by the flames.

Currently, there are an estimated 813,000 acres burning as a consequence of 93 large active fires, only three of which are contained, tracked by the National Interagency Fire Center. Idaho, Montana, Washington, California, Utah, and Wyoming are also reporting major fires.

In 2021, wildfires burned a total of 7,124,554 acres, according to data tables hosted by the Insurance Information Institute.

Our GHFMO Wildland Team has been providing structural protection and line patrol as part of WA Task Force #2. They have been working on the Cedar Creek Fire southwest of Bend, Oregon. pic.twitter.com/5DnPi9mtza

Incredible aerial footage of the #CedarCreekFire that gives some perspective on the enormity of this fire. It began August 1, 2022 when a lightning storm caused 20 to 30 new fires on the Willamette National Forest. 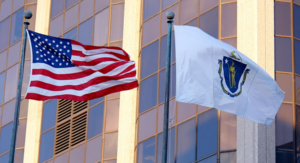