The illness was first detected in Europe

Children who have contracted hepatitis from an unknown cause have been identified in 36 states across the country.

The liver disease has been detected in more than 180 children ages 10 and younger, according to data released by the Center for Disease Control and Prevention. The agency is investigating current cases as well as hepatitis cases as late as October 2021.

The illness was first detected in the United States in Alabama after being reported in multiple European countries as well as Israel, Canada and Japan. Over 111 cases were found in the United Kingdom as of April.

The severe strain can cause liver failure. At least 17 children have needed liver transplants and one child has died as a result of the disease, per Deutsche Welle. The CDC notes that the number of children needing liver transplants decreased from 15% to 9% as of May 9 and that no death has been reported since February.

The majority of cases were reported among children ages 5 and younger. The minors did not test positive for any common strains of hepatitis such as Type A, B, C, D, or E.

“At this time, the cause of the reported illnesses in these children is still unknown. While adenovirus has been detected in some children, we do not know if it is the cause of the illness,” the agency said in a statement. “We do not know and are investigating what role other factors play in this illness, such [as] exposure to toxins or other infections that the children might have.”

The CDC says it is working with local health departments to monitor the number of cases and will continue to investigate the disease’s origin.

“While rare, children may still get hepatitis, and we don’t always know the cause,” stated the CDC. “To learn more about the potential causes of hepatitis in this investigation, investigators are working with state and local health departments to examine the medical records of children who had hepatitis in the past.”

Officials warned that the number of cases currently being evaluated in connection to the mysterious illness could ultimately be eliminated from the total if no link is found.

The agency is not reporting the specific number of cases in each state to protect the privacy of the patients. 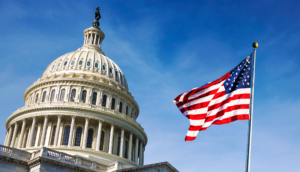