Immunity Continues to show signs of waning Despite Vaccine Boosters

The CDC says Omicron will likely become the largest variant to plague the US, but more vaccine boosters could help remedy a new surge.

“We now have about 86,000 cases of Covid, right now in the United States being diagnosed daily, and 99.9% of them, the vast majority of them, continue to be Delta — and we know what we need to do against Delta, and that is get vaccinated, get boosted if you’re eligible and continue all of those prevention measures including masking. And those are very likely to work against the Omicron variant,” said CDC Director Dr. Rochelle Walensky in a recent interveiw.

Walensky said Omicron could become the dominant strain in the country, prompting the U.S. to step up its sequencing work to try and learn more about Omicron. There are now at least five states reporting cases thus far.

“What we do know is that early data, and even mutation data are telling us that this may well be a more transmissible variant than Delta. And so … this is gonna take some time to sort out,” Walensky said.

In Minnesota, one case was found in a patient who recently had a COVID-19 booster. Walensky said they are still trying to understand more about the case.

The more mutations you have with a variant the more you want to bolster immunity, Walensky said.

Currently scientists in South Africa, the proposed “ground zero” for this new Omicron variant, have focused on understanding the variant and its potential impact.

Scientists have analyzed nearly 36,000 suspected re-infections in South Africa to look for any changes to re-infection rates throughout the pandemic  specifically those who have had the virus two or more times.

They have shown previously there was no surge in the risk of re-infection during either the Beta or Delta waves.

However, they are now detecting a spike in re-infections with the new Omicron variant’s appearance. They have not tested each patient to prove it is Omicron, but they say the timing suggests the variant is the driving force.

One of the researchers, Professor Juliet Pulliam from Stellenbosch University, said: “These findings suggest that Omicron’s selection advantage is at least partially driven by an increased ability to infect previously infected individuals.”

There are questions about how much waning immunity is a factor and the extent to which any variant would be able to take off now. 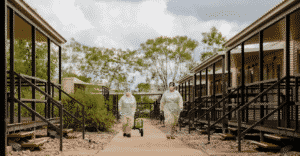