More than 277,000 Illegal Aliens Were Encountered on the U.S. Southern Border in October

The record number of illegal migrants crossing into the U.S. continues to surge, according to the latest data released by the U.S. Customs and Border Protection (CBP).

The increased number was driven by individuals from Venezuela, Cuba, or Nicaragua, according to CBP data.

“In response to the change in populations we are encountering at the border, and continuing in our commitment to provide lawful pathways for admission so that desperate asylum seekers do not place their vulnerable lives in the hands of smugglers, we implemented a new process for Venezuelan nationals that has resulted in a dramatic reduction in the number of Venezuelan encounters at our border,” CBP officials said in a statement.

The CBP Fiscal Year runs from October through September. For FY 2022, CBP had a record 2,766,582 million migrant encounters — nearly a million more illegal aliens processed than the previous year.

“Some 2.7 million migrants—those who illegally entered or were otherwise inadmissible at a port of entry—were encountered at our borders in FY 2022, bringing the total under President Biden to a whopping 5.5 million,” charged Dan Stein, President of the Federation for American Immigration Reform (FAIR). “One thing is clear: These record-breaking numbers are a direct consequence of open-borders policies implemented by Homeland Security Secretary Alejandro Mayorkas and the person who appointed him, President Joe Biden.”

In the latest report, Border Patrol officials cite a five-fold increase in the number of migrant encounters from FY 2017, with increases in unique encounters, encounters along the southwest land border, and encounters with unaccompanied children.

CBP’s findings come on the same day Texas Gov. Greg Abbott announced that he would declare an invasion which will give state officials additional tools to address border security in the event of federal inaction.

“I invoked the Invasion Clauses of the U.S. & Texas Constitutions to fully authorize Texas to take unprecedented measures to defend our state against an invasion,” Abbott wrote on Twitter. “I’m using that constitutional authority, & other authorization & Executive Orders to keep our state & country safe.”

Actions that Texas officials will now undertake include: deploying the National Guard to secure the border, building a border wall in multiple counties, deploying gun boats, entering into compacts with other states to strengthen and ensure border protections. 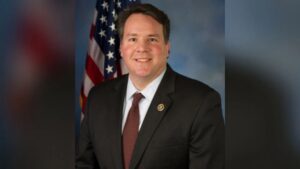