U.S. Customs and Border Protection officers assigned to the World Trade Bridge have seized marijuana that totaled over $7,500,000 in street value.

The massive marijuana haul was hidden inside a shipment of cotton candy.

According to a press release from CBP, “the seizure occurred on Saturday, Jan. 14 at the World Trade Bridge, when a CBP officer referred a 2004 Freightliner tractor-trailer manifesting a commercial shipment of cotton candy for secondary inspection.”

The truck was subjected to a canine and non-intrusive inspection system examination, which led to CBP officers discovering a total of 3,373.51 pounds of marijuana hidden inside dozens of blue packages wrapped in plastic.

On Saturday, Laredo CBP officers examined a tractor-trailer manifesting a commercial shipment of cotton candy and discovered 3,373lbs of marijuana concealed inside with an estimated street value of $7.5M.

CBP agents and officers seized more than 17,000lbs of marijuana nationwide during the first two months of FY23.

Filter by component, location, and drug type on our stats page: https://t.co/PP4NpM5Z0Q pic.twitter.com/qigx5FxjdT

In January, CBP announced that their agents and officers had seized more than 17,000 pounds of marijuana nationwide during the first two months of FY23. 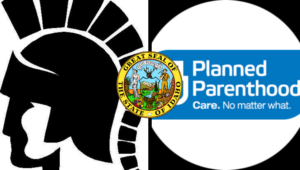