Program centered on 'new abstinence' movement which does not discourage sex

The Idaho Freedom Foundation’s Center for American Education issued a report addressing their concerns about a middle school sexual education program that the conservative watchdog says is in violation of state law.

In a video produced from a partnership between Planned Parenthood and Trojan Condoms, eighth-graders from Idaho’s Moscow Middle witnessed cartoon characters performing simulated sexual acts. Idaho Freedom Foundation, a conservative and state-based think tank founded in 1977, believes that these videos constitute a breach of Idaho’s laws.

In their expose published on Jan. 17, they wrote “use of the video and other materials obtained by IFF indicates violation of Idaho law and standards, which require all sex education taught in public schools to reinforce traditional family arrangements and teach abstinence.”

SIECUS, an organization that promotes “sex ed for local change,” appears to corroborate IFF’s position that the program violates Idaho’s state laws. In a profile last updated in September 2021, the group describe the layout of Idaho’s various approaches to sex education:

Since Idaho schools are not required to provide sex education to students, school districts are left to decide what type of sex education–if any at all–they provide. While Idaho’s standards require curriculum to encourage abstinence, include instruction on pregnancy and disease prevention and the consequences of sexual activity, healthy relationships, puberty, and STDs, local school districts determine if they want to provide additional instruction. As a consequence, advocates report that the quality of sex education being taught varies greatly by district. Some districts provide comprehensive sex education, while many provide abstinence-only instruction and the remaining choose not to teach sex education at all.

The video viewed by Moscow middle schoolers — entitled “Condom Sense” and produced by Trojan Condoms — features a scenes showing a cartoon character removing a condom and a bed rocking and bumping as the two unseen characters beneath the sheets engage in sex. While Idaho does provide school districts with a degree of autonomy, abstinence is required to play a prominent role in any program that schools decide to provide. Idaho Freedom Foundation contends that these districts did not adequately fulfill that requisite.

Another scene shows a man with a woman that IFF described as having a “purposefully enhanced” breast size at a condom restaurant of some sort being presented with an array of condoms. “Some have unique shapes, ribbing, nubs – all designed to enhance the experience,” the narrator explains.

According to IFF, the decision to implement the program was made independently by individual school districts and through promotion by the Idaho Department of Health and Welfare and became part of a sex education program called Reducing the Risk.

According to IFF, Reducing the Risk has used the “new” definition of abstinence which does not include abstaining from sex, but merely from mitigating the risk of pregnancy and disease from sexual encounters:

Children were also shown another video from Trojan that covered the manufacturing process of condoms.

The videos were shown to students attending class virtually and in-person at Moscow Middle School and Tammany Alternative School between 2018 and 2020.

Reduce the Risk is currently used in at least 12 school districts that serve the needs of over 700 Idaho students. 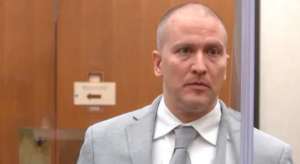