Unvaccinated New Yorkers are now eligible for a one-time, $100 payout from the city after receiving the first injection, a reward Mayor Bill de Blasio says will be “very appealing” to the locals.

“We are assessing the new information from the CDC right now. We got it less than 24 hours ago, and it is complicated information so our health team is reviewing it,” de Blasio said. “We’ll have more to say on it in the next few days.”

He added: “The CDC is providing guidance. It’s up to each locality now to make sense of it.”

“When you get your first dose you will get a $100 incentive,” the mayor confirmed. “Can’t get better than that … Incentives help immensely. I think it’s going to be very, very appealing to New Yorkers.”

The $100 payment is in the form of a pre-paid debit card given to recipients after they receive the jab.

Positivity rates in some boroughs are approaching anywhere between 3% and 8%.

New York City will give $100 to residents who get their first dose of a Covid vaccine at city-run sites starting on Friday. “I think when someone says here’s $100 for you, that’s going to make a big impact," Mayor Bill de Blasio said. https://t.co/9kM13tNysN

De Blasio’s administration is also requiring mandatory vaccines for all public employees including firefighters, teachers, hospital workers, bus drivers, and others. Those who refuse the injection will be tested every seven days.

“We’ve got to shake people at this point and say, ‘Come on now.’ We tried voluntary. We could not have been more kind and compassionate. Free testing, everywhere you turn, incentives, friendly, warm embrace. The voluntary phase is over,” de Blasio added.

“We can keep doing those things. I’m not saying shut it down. I’m saying voluntary alone doesn’t work,” he claimed. “It’s time for mandates, because it’s the only way to protect our people.” 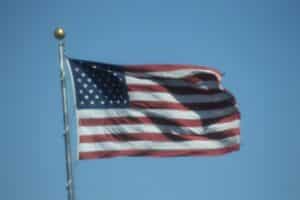