Capitol Records has cancelled their deal with FN Meka, an artificial intelligence rapper and TikTok influencer, amid outrage over the robots “gross stereotypes.”

FN Meka was previously lauded by Capitol as “the world’s first A.R. artist to sign with a major label.” The robot’s first single with the label was called “Florida Water,” a collaboration with human rapper Gunna and gaming streamer Clix.

Hours before Capitol Records announced that they were severing ties, an activist group called Industry Blackout issued a statement demanding that they do so.

The group said that while they appreciate innovation in technology and music, they “find fault in the lack of awareness in how offensive this caricature is.”

“It is a direct insult to the Black community and our culture. An amalgamation of gross stereotypes, appropriative mannerisms that derive from Black artists, complete with slurs infused in lyrics,” the statement said.

FN Meka is an AI generated rapper, it already has a record deal with a major label and 500k monthly Spotify listeners, also uses the n word in its song.

Shut that thing down.

“This digital effigy is a careless abomination and disrespectful to real people who face real consequences in real life,” Industry Blackout continued. “For example, Gunna, a Black artist who is featured on a song with FN Meka, is currently incarcerated for rapping the same type of lyrics this robot mimics. The difference is, your artificial rapper will not be subject to federal charges for such.”

In May, Gunna was one of 28 associates of the record label Young Slime Life or “YSL,” founded by Young Thug in 2012, that was hit with a 56-count indictment for charges ranging from RICO violations to murder. The District Attorney’s Office in Fulton County, Georgia, alleges that the record label is actually a violent street gang that is associated with The Bloods.

Industry Blackout said that the approval of the project shows a “serious lack of diversity” among leadership and stated that it is “simply unacceptable and will not be tolerated.”

“We demand this partnership be terminated, a formal public apology be issued, FN Meka removed from all platforms,” the statement concluded. “Furthermore, all monies spent by Capitol Records and Factory New for this project will be allocated to charitable organizations that directly support Black youth in the arts, as well as marketing budgets for Black artists signed to Capitol Records. We look forward to your response and compliance.”

Approximately two hours later, Capitol Records announced that they were parting ways with the digital rapper.

“CMG has severed ties with the FN Meka project, effective immediately,” the label noted in a statement. “We offer our deepest apologies to the Black community for our insensitivity in signing this project without asking enough questions about equity and the creative process behind it. We thank those who have reached out to us with constructive feedback in the past couple of days-your input was invaluable as we came to the decision to end our association with the project.”

Timcast has reached out to Capitol Records to inquire about if the statement from Industry Blackout influenced their decision. We will update this story if a response is provided. 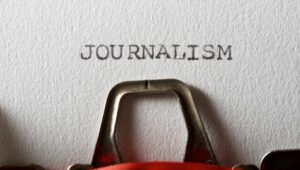