The man who killed five people at a newspaper in Maryland was sentenced to five life sentences on Tuesday.

On June 28, 2018, Jarrod Ramos entered the offices of Capital Gazette and opened fire.

In 2019, he pled guilty but not criminally responsible to all 23 counts against him, a move considered to be Maryland’s version of an insanity defense.

The case was delayed multiple times — twice because of COVID-19.

After a 12-day trial during the summer of 2021,  he was found criminally responsible for the deaths of Wendi Winters, John McNamera, Gerald Fischman, Rob Hiaasen, and Rebecca Smith.

“He maintained that he was not criminally responsible and sought an indefinite commitment to a state psychiatric hospital rather than being sent to prison,” according to The Hartford Courant.

Anne Arundel County Judge Michael Wachs said, “Ramos showed no remorse for the crimes and even told a state psychiatrist he would kill more if he were ever released” before the announcement of his sentence, per CBS News.

Ramos also told a Maryland Department of Health psychiatrist that he wanted to spend the rest of his life in the isolation of a prison cell.

“I want to be clear the sentence I’m about to impose has nothing to do with his wishes. It has to do with what he deserves and has earned,” Wachs said.

“The impact of this case is just simply immense,” Wachs added. “To say that the defendant exhibited a callous and complete disregard for the sanctity of human life is simply a huge understatement.”

Moments ago, Jarrod Ramos was sentenced to five life sentences without parole plus one life sentence plus 345 years. They all will run consecutively.

“Prosecutors said revenge was Ramos’ motivation for the shooting,” reports ABC News. “Ramos had accused the Capital Gazette of destroying his reputation when it covered his misdemeanor harassment conviction in 2011. He was accused of harassing a former female high school student and filed several lawsuits against the newspaper, which were dismissed by the courts.”

During the trial, Ramos’ obsession with the newspaper was detailed. He studied blueprints of the building in Annapolis, did reconnaissance of the office suite in disguise a year before his attack, and stockpiled weapons in his one-bedroom apartment in Laurel, Maryland.

On December 3, 2020, Congress passed a bill creating the Fallen Journalists Memorial Foundation which will create a memorial in Washington D.C. for the journalists killed in the shooting. President Donald Trump signed the bill later that month.

Maryland Senator Ben Cardin, one of the bill’s co-sponsors, said, “This new memorial will honor the lives of those who died reporting the news and supporting the media on behalf of the American people. It will be a steadfast symbol of their sacrifice and the fragility of our democracy.”

The day after the shooting, the Capital Gazette published on schedule with assistance from the staff of The Baltimore Sun, another paper under the Tribune Publishing company. In April of 2019, the newspaper won a Pulitzer Prize for its reporting on the mass shooting in its own newsroom.

Pulitzer board members commended the staff for “their courageous response to the largest killing of journalists in U.S. history in their newsroom,” as well as their “unflagging commitment to covering the news and serving their community at a time of unspeakable grief.”

“Clearly, there were a lot of mixed feelings. No one wants to win an award for something that kills five of your friends,” Gazette editor Rick Hutzell told Sky News following the award. 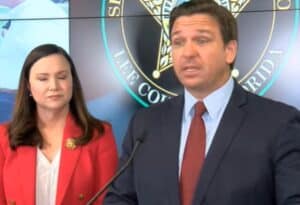