In roughly 80 minutes, Owens’ The Greatest Lie Ever Sold dives into the facts of Floyd’s death in Minneapolis and the wide-ranging consequences it had.

Nine days after Floyd’s attempted arrest and death, Owens released a video statement saying that she hoped his “family receives justice” and that law enforcement involved were held accountable but that she did not support George Floyd and the media’s depiction of him.”

Owens asked the video’s viewers a key question: “Why are we pretending this criminal should be upheld as a … martyr for black America?”

“It was just gut instinct,” Owens says in her opening interview in the documentary. She says the intense pressure to focus on a limited narrative being circulated about Floyd and his death made her want to investigate the other details – the details being left out by the mainstream media.

Political talking heads, including hosts from The Young Turks, denounced her video and attacked her personally which she said increased her desire to know the truth – separated from the story’s emotional framing.

The documentary includes interviews with Floyd’s former roommates, the co-owner of Cup Foods (where Floyd tried to use counterfeit money on the day of his death), and the California businessman who publicly feuded with Chrissy Tiegan, the celebrity influencer who offer to cover $200,000 in bail for people arrested while rioting.

The film also includes interviews with Derek Chauvin’s colleague and commander from the Minneapolis Police Department, as well as a forensic criminologist and a civil rights attorney who offers insight into the information presented at the former police officer’s trial.

Owens clarifies, with bodycam footage and clips of court proceedings, the facts relating to Floyd’s arrest – including that he asked to be put on the ground, that he nicknamed his girlfriend “Mama,” and that he said during the arrest “I ate too many drugs.”

Floyd tested positive for methamphetamines and fentanyl – which can be fatal at 3 nanograms per milliliter (ng/ml). The medical examiner in Minnesota found Floyd’s fentanyl level was 11 ng/ml.

The third act of Owens’s documentary examines the surge in financial support Black Lives Matter received following Floyd’s death. The advocacy organization raised tens of millions of dollars in the year following the incident and the nation became embroiled in debates over race in America and police brutality.

Again, Owens focuses on one central question – where did the money go?

In addition to BLM’s real estate holdings, Owens uncovers the fact that a significant contribution went to transgender and sex workers’ organizations.

Through her film, Owens presents a picture of who George Floyd was and what happened to him during his interaction with police in May of 2020 based on facts. She also presents an alternative villain in the story of Floyd’s death – the non-profit Black Lives Matter.

Ultimately, the documentary points out that a story that could have been a national call to unified action to confront the worsening illicit fentanyl overdose crisis was subverted into an internal dismantling of America over racial tension and a cash grab for a nonprofit that Owens contends fails to serve the people it claims to represent.

The Greatest Lie Ever Sold is available through Daily Wire Entertainment on Oct. 12. 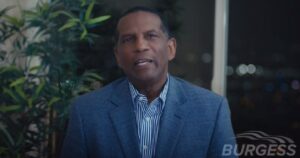