Canadian University Removed Class of 1907 Photo For Appearing 'Too White'

Dalhousie University in Halifax, Nova Scotia, removed a class photo from 1907 in an effort to appear more diverse.

John Newhook, the dean of the university’s engineering school, described the removal of the photo as a part of improvements to campus facilities.

“In the hallways … the picture of graduating classes from the early Nova Scotia Technical College and [Technical University of Nova Scotia] days showed an engineering history of mostly white male students,” he wrote in an email to students. “We had received many comments about this not being consistent with the vision of a welcoming campus for all students. These class pictures have now been removed, archived with the help of Dal Libraries and will be available online in the future to alumni and others.”

“Many of these wall spaces are now empty, but we will look for opportunities in the future to project a more diverse and inclusive vision of engineering,” he added.

The university says Newhook took on the position of dean with the goal of “supporting diverse students, faculty and staff and seek[ing] new ways to encourage more women to enter into the field as the engineering student population continues to grow.”

Barbara Kay originally reported on the story for The Post Millenial. She wrote, “This decision to pull alumni class photos makes no social-justice sense, let alone common sense, as it runs counter to the paradigm for the cancellation of figures considered ‘problematic’ in the jargon of social justice theory.”

“Here we have a form of collective disappearance inside the institution of men who studied there in complete social innocence. These former students are being symbolically humiliated and retroactively shamed as though they had personally barred the door to female students begging to be let in, when in fact they were simply present at what would in the future be adjudicated a de facto social-justice crime scene,” she added.

Nova Scotia currently has a population of just over 979,000 people. One of Canada’s maritime provinces, it borders the Atlantic Ocean north of Maine and halfway between the North Pole and the Equator. The majority of its population is ethnically European, predominately from Scotland, England, Ireland, Germany, France and the Netherlands. About 1% of the population are of Acadian descent, a regional French ethnicity, and 45% identify their heritage as Canadian.

Lucy Maud Montgomery, who wrote the Anne of Green Gables series, is an alumna of Dalhousie University. The university has an estimated 14,000 undergraduate students and is actively seeking to diversify through international recruitment. 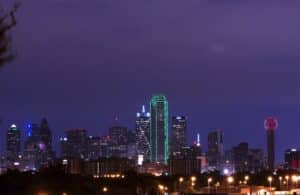