Tara Henley, a seasoned reporter and journalist for Canada’s most prominent public broadcaster has resigned citing a lack of journalistic integrity.

In a growing trend among media broadcasters, the reported topics and trends fall far short of the actual issues facing much of their demographic audience. As Tara Hanley said in a recent Substack, working for the Canadian Broadcast Corporation (CBC) is to “embrace cognitive dissonance and to abandon journalistic integrity.”

As many have noted, a “woke” worldview is stoked by the surge of Ivy League studies and a groundswell of attention on social media. The result is a trend in North American media in which the agenda-driven subject matter is reported as a widely accepted worldview and sentiment, regardless of current events.

Subject matters such as race, sexuality, gender, gun control, and more have become primary narratives, even being utilized to flavor political and societal tensions and policies. For many journalists, they are required to abandon the integrity of classic journalism to accept a narrative driven by modern dogmas.

The focus has landed on microaggressions instead of the vast struggles of injustice, poverty, and corporate oppression. The attempt is to appease the wealthy corporate entities and satisfy government officials rather than support the plight of the public citizen.

According to Tara Henley, this reality has pervaded the Canadian media giant, infecting its culture and leadership.

In her recent post, she shared, “To work at the CBC now is to accept the idea that race is the most significant thing about a person, and that some races are more relevant to the public conversation than others. It is, in my newsroom, to fill out racial profile forms for every guest you book; to actively book more people of some races and less of others.”

“To work at the CBC is to submit to job interviews that are not about qualifications or experience — but instead demand the parroting of orthodoxies, the demonstration of fealty to dogma,” Henley continued. “It is to become less adversarial to government and corporations and more hostile to ordinary people with ideas that Twitter doesn’t like.”

Why I resigned from the CBC and went to @SubstackInc. Speaking freely: https://t.co/9jqVKzq6yZ

Henley focuses much of her concern on the growing conflict of intellectual growth and North America’s trend to ignore dialog for the sake of agenda.

She says that being a journalist today is “to consent to the idea that a growing list of subjects are off the table, that dialogue itself can be harmful. That the big issues of our time are all already settled.”

Further, Henley says, “It is to capitulate to certainty, to shut down critical thinking, to stamp out curiosity. To keep one’s mouth shut, to not ask questions, to not rock the boat.”

This set of tensions and realities led Henley to resign from a career and profession that was important to her. She said in her recent post on Substack, “I can no longer push them [concerns] down. I will no longer hold them back. This Substack is an attempt to find some answers.”

The Canadian Broadcast Corporation has not responded to Henley’s comments or her recent Substack. 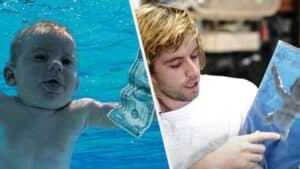