The Canadian Broadcasting Corporation released its new list of words to avoid because of their potentially offensive nature.

The list was compiled by “anti-racism and language experts,” the company says.

“It’s not so much about political correctness, I think it is about the empirical accuracy and … if somebody really calls us out on a particular word, we need to stop and say, ‘It’s not about me,'” said Jas Kalra, an Ottawa-based consultant CBC Ottawa worked with for the project.

CBC Ottawa noted, “Racist etymologies are not obvious in most cases.”

Words and phrases you may want to think twice about using https://t.co/AfRMBT6IiB #ottnews #ottawa pic.twitter.com/ra7hM2yMId

“Spooky” made the cut because, during World War II, the term “spook” was used to refer to black soldiers.

“Grandfathered-in” has patriarchal implications and is connected to 19th century policies that supposedly imply a male-dominated world or society.

“The terms are not all negative, but some terms like ‘blackmail’ and ‘blacklist’ use black in a negative way that lowers the status of black people,” according to one of the anti-racism trailers, Joseph Smith. “[It] connotes evil, distrust, lack of intelligence, ignorance, a lack beauty — the absence of white.”

“The CBC also reports that words related to ableism should be avoided, like ‘blindsided,’ lame,’ ‘tone-deaf,’ ‘crippled,’ and ‘brainstorm,’ the latter of which because some feel it can be insensitive to people with brain injuries,” per Just The News.

The Candian Broadcast Corporation / Radio Canada was created in November of 1936. It operates national AM and FM radio stations and television networks in both English and French across the country. Federal statutory grants account for nearly 60% of its budget. Additional revenue comes from commercial sponsorships, advertising, and the sale of its programs to other countries. It is ultimately accountable to the Canadian Parliament for its conduct but retains independent control of its day-to-day operations. 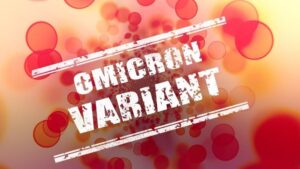