By all means, if you believe that the separate arrangement of girls’ and boys’ toys in retail stores is the most pressing issue California faces, keep voting for the Democrats. A record number of crises are happening on the Dems’ watch: homelessness, mismanagement-induced wildfires, planned blackouts, the rubber stamping of job-killing laws like AB5, rising crime, and lockdowns that have inflicted economic carnage. To say nothing of the Golden State’s highest-in-the-nation poverty rate, economic stagnation outside of the affluent corners of the Bay Area, and inequality in inland California that has earned it the nickname of “Appalachia of the West.”

And here comes the mantra of the same Dem leaders who voted your jobs away: “Blame Republicans First.”

It’s been said that if you repeat a lie over and over again, people will come to believe it. Considering the California Democratic Party’s decade-old stranglehold over the state legislature, it’s a bit rich of the affluent Bay Area-backed politicians to claim that the state’s woes are the fault of Republicans. It is notable that Democrats have controlled the California State Senate for half a century. Considering that the California of 1970 was an engine of economic expansion across the state (compared to today’s dependency on Big Tech and finance industries in NorCal), it suggests Dems have little to show for it.

Today the political landscape in California is essentially run and managed by public sector unions. As seen in other states, many unions have become political operators rather than advocates for their membership, to the extent that disgruntled members of at least one union have opted for change. The California chapter of the Service Employees International Union’s election of Richard Louis Brown as president signifies a shift away from business as usual given his promise to end political donations and endorsements.

Back at the family-owned and operated ranches, the governor’s decision to shut off water has left Central Valley farmers in the dust. Nine decades ago Oklahomans fled the Dust Bowl in the Sooner State for brighter pastures in the Golden State, which symbolized freedom and opportunity. Los Angeles, which began life as an oil town and became a global manufacturing, entertainment, aerospace, and creative powerhouse, has stagnated from poor leadership and lack of attention from the state government. Arguably Los Angeles’ greatest mayor in the modern era was none other than Republican Richard Riordan who won in a 1993 upset and was re-elected on the basis of declining crime and other successes. In 2021, violent crime is making a comeback across the state as businesses suffer due to stringent lockdowns.

With all of the Newsom administration’s failures, must Californians suck it up and take their lumps and losses until 2022? The Los Angeles Times appears to believe so, claiming “the correct answer is a strong, unequivocal no” to the September 14th recall. With more and more disastrous hardships emerging under the Democratic supermajority in Sacramento, Golden Staters are getting fed up. To Californians suffering from planned blackouts, droughts, lockdowns, job-killing laws, and homelessness, the recall looks more and more like a just cause every single day.

The upcoming recall vote has been portrayed as everything from a waste of taxpayer dollars to a coup d’etat. The California Dems have had every opportunity to present an alternative candidate like former Los Angeles mayor Antonio Villaraigosa, who ran in 2018 on a platform of empowering regions of California that have been left behind. True, there are more Los Angeles residents in poverty than the entire population of San Francisco, yet the Bay Area billionaires keep getting the candidates they want.

If the recall succeeds and the Golden State gets a governor who responds to the aforementioned crises, the recall will be money well spent.

A book about California’s current woes could fill enough pages to rival Tolstoy’s War and Peace. Yet Newsom will face the voters next month in the ides of September. To recall or not to recall? That is the (first) question. 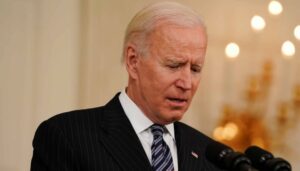