Near the end of the White House press conference addressing the terrorist attack in Afghanistan that killed 13 U.S. service members, President Biden hung his head in exasperation as he was questioned by Fox News reporter Peter Doocy.

“Mr. President, there had not been a U.S. service member killed in combat in Afghanistan since February of 2020. You set a deadline. You pulled troops out. You sent troops back in. And now 12 Marines are dead. You said the buck stops with you. Do you bear any responsibility for the way that things have unfolded in the last two weeks?” Doocy asked.

“I bear responsibility for, fundamentally, all that’s happened of late,” Biden said.

Biden then brought up former President Trump’s deal with the Taliban.

“But here’s the deal: You know — I wish you’d one day say these things — you know as well as I do that the former President made a deal with the Taliban that he would get all American forces out of Afghanistan by May 1,” Biden said. “In return, the commitment was made — and that was a year before — in return, he was given a commitment that the Taliban would continue to attack others, but would not attack any American forces.”

“Remember that?” Biden asked the reporter. “I’m being serious.”

“Donald Trump is not the President right now,” Doocy replied.

Biden then said that Americans had not been attacked previously because of Trump’s deal with the Taliban – it should be noted that ISIS-K, not the Taliban, were responsible for Thursday’s attack.

“The reason why — whether my friend will acknowledge it and was — reported it — the reason why there were no attacks on Americans, as you said, from the date until I came into office, was because the commitment was made by President Trump: ‘I will be out by May 1st.  In the meantime, you agree not to attack any Americans’ That was the deal,” Biden said. “That’s why no American was attacked.”

“And you said that you still — a few days ago, you said you squarely stand by your decision to pull out,” Doocy replied.

“Yes, I do,” Biden answered. “Because look at it this way, folks — and I’m going to — I have another meeting, for real. But imagine where we’d be if I had indicated, on May the 1st, I was not going to renegotiate an evacuation date; we were going to stay there.”

Biden then said if he had not committed to the withdrawal, which required 7,000 U.S. troops to be deployed to Afghanistan to assist evacuations, he’d “have only one alternative: Pour thousands of more troops back into Afghanistan to fight a war that we had already won, relative — is why the reason we went in the first place.”

Biden hangs his head in exasperation during a back-and-forth with Fox News’ Peter Doocy.

Biden turns the question back to Doocy, asking if he remembers the deal Trump made with the Taliban in 2020. pic.twitter.com/mWEd6CDMK7 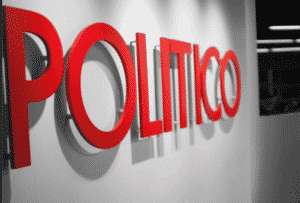