Students in some of California‘s largest school districts will no longer receive a D or F grade.

Students who fail to achieve passing grades will instead be allowed to take the tests or complete the work again.

The new grading system was introduced due to the pandemic and remote learning protocols. Supporters argue that it reduces the stress levels for already-traumatized and agitated students in the new learning environments.

Supporters also say the effort will significantly help black, Latino, and lower-income students who are statistically more impacted by the pandemic’s disruption in traditional school routines.

However, some critics contend that it dumbs down education, leaving students unable to cope with the complex realities of the modern world.

“Our hope is that students begin to see school as a place of learning, where they can take risks and learn from mistakes, instead of a place of compliance,” Nidya Baez, assistant principal at Fremont High in Oakland Unified is quoted in the report by Ed Source. “Right now, we have a system where we give a million points for a million pieces of paper that students turn in, without much attention to what they’re actually learning.”

This new protocol, known as “competency-based learning,” has also met with much criticism from educators in the same school districts.

“I will work with any student before or after school or even on the weekend to help them learn,” Debora Rinehart, a teacher at St. Theresa School in Oakland, told Ed Source. “However, I will never lie about their knowledge level. Not reporting Ds and Fs is the equivalent of lying about a student’s progress.”

“We need a system that gets beyond the institutional model and provides more meaningful feedback for students,” Vodicka said. “The future is going to require less focus on time and more focus on what we can do and contribute, and the quality of our performance. We need to prepare our students for this.”

Last year, San Diego Unified School District announced it was adopting the new protocol in a meeting held in December 2020 to explain the change.

According to Nicole DeWitt, the district’s instructional support officer, the new approach is expected to “provide students multiple opportunities to demonstrate their mastery.”

DeWitt said they had already begun assessing the usual grading practices since 2018, but the pandemic added an additional level of urgency.

After a meeting in July 2020, a resolution was passed that required the district to “revise grading policy to ensure there are equitable grading practices,” DeWitt said.

New York City has enacted a similar protocol due to the pandemic learning changes. The Department of Education announced in October 2020 that pupils would not get failing grades during the 2020-21 school year. 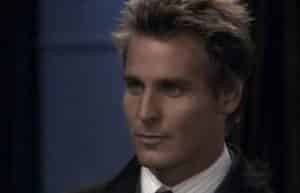