The U.S. Attorney’s Office announced that a man convicted of Bitcoin money laundering will serve three years in federal prison.

Hugo Mejia of southern California ran an unlicensed business from May of 2018 to December of 2020 that exchanged bitcoin for cash. The company was never registered with the Financial Crimes Enforcement Network, the Treasury Department bureau that combats financial crimes. He pled guilty in July after collecting $13 million through his business.

According to AP News, Mejia “purposefully flouted money exchange regulations and structured his business to establish an anonymous conduit for money laundering of drug trafficking proceeds, federal prosecutors wrote in a sentencing memorandum.”

He created additional businesses to cover his activities, advertised his company online, and found clients through word-of-mouth referrals.

In a sentencing memorandum, prosecutors wrote “[Mejia] knew about the applicable regulations governing his money exchange business and purposefully flouted them.”

“That is because [Mejia] structured his money exchange business with the intent to establish an anonymous conduit for money laundering of drug trafficking proceeds,” they said.

“As part of his plea agreement with the government, Mejia agreed to forfeit all assets derived from the illegal conduct, including $233,987 in cash seized from residences in Santa Ana and Ontario, silver coins and bars, and approximately $95,587 in various cryptocurrency seized,” per a press release from the Department of Justice.

The investigation was led by the IRS and the Department of Homeland Security, in collaboration with Costa Mesa Police Department.

As part of their investigation, police set up a sting operation with one of Mejia’s clients. The client had done over $250,000 in bitcoin and cash exchanges with Mejia during five previous meetings.

During a March 12, 2021 meeting at a coffee shop, the client indicated he worked for an Australian drug dealer. They agreed to exchange $82,150 in cash for the equivalent bitcoin. 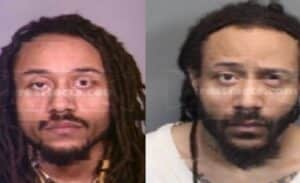 Suspect Who Plowed Through a Christmas Parade Has History of Violent Crime, Released on Bail Two Days Prior