California gas prices have set a record high for the second day in a row.

On Monday, gas reached $4.682 per gallon in the Golden State, according to data from the American Automobile Association.

Monday’s average price is six-tenths of a cent higher than it was on Sunday, which broke the previous record for highest prices that was previously set in 2012.

The national average also continued to rise, making it’s way up to $3.415 — but CNN reports that AAA leadership says the rising cost in California is just part of a “supply crunch” and “nothing major.”

“It’s a bit of a supply crunch we have right now, there’s nothing major, until the refineries in Northern California can get back up to full production capacity,” Jeffrey Spring, Corporate Communications Manager of the Automobile Club of Southern California, told CNN Business.

Some parts of California are rapidly approaching $5 a gallon.

Gas prices in the Bay Area have risen to $4.85 and Humboldt County has surged to $4.97 per gallon.

“Drivers are paying $1.50 more per gallon than a year ago,” Doug Shupe, a spokesperson for AAA, told CNN. “It means the person who has the typical midsize sedan with a 14 gallon size fuel tank, they’re paying $21 more to fill up that tank today than last year.”

“Typically we see prices at the pump fall off after Labor Day because people have completed their summer vacations. Kids are back in school,” Shupe said. “But this year people are still traveling. There’s still that demand for fuel to get to where people want to go.”

Prices are pushing $5 in some areas, including Northern California’s Humboldt County, where the average price was $4.97 Monday. The Bay Area has surged to more than $4.85. Doug Shupe, a spokesperson for AAA, said that although Californians are used to paying more for gas, the price has been much higher lately. 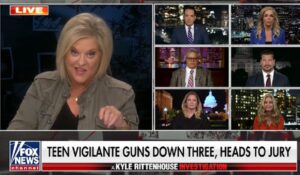